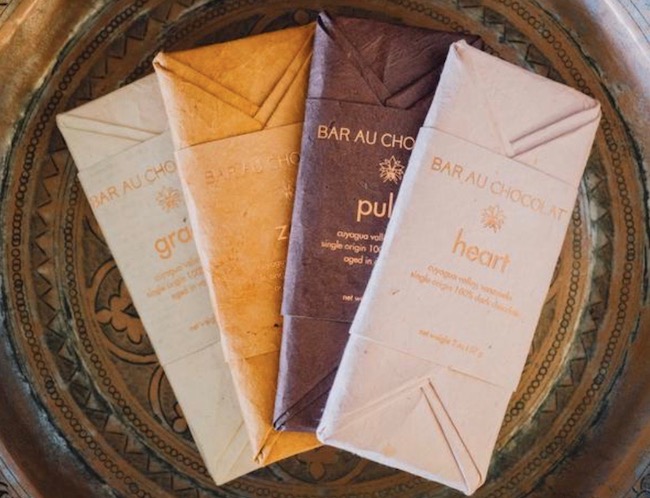 An old saw goes that Father Time is undefeated. But he always trails behind, beating his own clock. (Think of a falling star from so many light years ago.)

Time never really wins; the living simply lose their lives. Now they set the alarm… waiting for immortality because, they say, time waits for no one.

Its days numbered, like time’s up? Watch. Ecclesiastes 3:18 ‘to everything there is a season’.

These bars go a long way, both in their production & consumption, in taking their good ol’ time ‘til it stands still… forever… in the memory where, yes, hard-wired deep-rooted, survive even Alzheimer’s.

Aphorisms, clichés & platitudes aside, finally, the end. For the moment…
Appearance   4.9 / 5

the Heart's aromatics cascade down beneath smoked beans

The dark heart of cacáo. controlled if not contained ferocity, right at the edge, just on this side of fury. Skillful.

Grace
heady vanilla florals streaming over black truffles, the mix for a dark paté -> merges with the souring FXs described above in Heart -> recessed smoked-marshmallow -> back woods -> almond skins

Graceful indeed (save for that sour clash-point). Bar au Chocolate describes it as such because vanilla self-defines as much. Florals pattens to start dominate, next play with, before yielding to, cocoa... only then to subjoin one another.

The austere sibling to the early iteration 30%-sweetened Pulse.
This listless, DOA until at the midpoint this bar switches on, gains a pulse, & so enlivened animates a coffee jolt. Slowly dynamic. Deceptive to the point that baseline Cuyagua cacáo tastes swapped out for mere cocoa butter.

Zest
orange instantiates on the first touch -> dances with this cacao's own citrus intrinsics & the marriage goes on... & on... thru a tropical nut bath

The clearest most forthright expression among the set. Orange sunshine over lunar-like cacáo without eclipsing it.
Quality   17.2 / 20
Nicole Trutanich, head barsmith at Bar au Chocolat (B-au-C) has some, no other way to put it, major balls. Here she produces four (4!) unsweetened 100% bars. Most chocolate makers have none for even one. Yeah, a genuine baller.

By request, by popular demand, brut chocolate on command for all fans. This assemblage inspired by her Day of the Dead bar.

The techniques as simple as theoretical physics: after considerable roasting & refining, put the (not-quite-)finished block on the shelf surrounded (not necessarily infused) by the effusive aromatics. Set it & forget it... for a year.... while vanilla, coffee & orange vibrate psychological sweeteners as so many gravitational wavelengths banking about.

Chocolate, always impressionable, accepts the diffusion(s) & takes 'em in as a digestif. Works wonders. Individually & collectively they capture the flavors of time itself.

Not just a manufactory, but a chocolate vibratory.

Proof-positive perhaps that 1 day humanity will use gravitational waves, as prophesied by Stephen Hawking, to look back into the heart of the Big Bang.