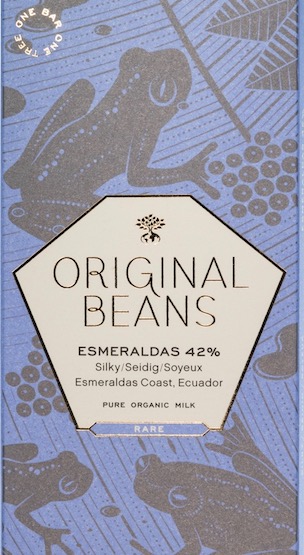 Better to be 6 feet apart than 6 feet under (but 6 meters behind walls?!?!?!?!?!?)
Not all vaccines are equally efficacious (a universal digital vaxx – GL with that; for more see ‘biology’ then ‘death’ below)
Testing depends on the accuracy of the test (duh)
Data modeling trends toward inflation (geek that)
Pandemics spread with the zeal of moral panic (huh? yeah)
Sound governance balances security & liberty (those dead white prez again)
Biology is dynamic nonlinear supercomplexity (figure it all out approaches godhood)
Life contains death (as always… no worries, Big Tech puzzles over the riddle)
The immune system* serves as the first & last line of defense
(* + the 4-Ms: metabolism / microbiome / mitochondria / mentality – the latter begs whatever happened to Napolean Hill, New Thought, LoA ppl & The Secret, like, ahhh, ‘think & grow healthy’ bc, ahhh, it’s like, well, ya know, health is still the ultimate wealth, no? Bob Marley on his deathbed to son Ziggy: “money can’t buy life”.)

During this current “thing” going around – i.e., the prevailing export from China, variously referred to as the clinically-sterile COVID-19 or the geo-specific Wuhan Virus (the latter helps geographically-illiterate citizens of the world & affixes a point of origin so SJWs in the West can prosecute for medical reparations in the quadrillions of renminbi which comrades in the CCP no doubt shall acquiesce as long as it dethrones the dollar’s reserve currency status) -- an industry insider wonders if it threatens her dream job making & tasting chocolate.

the C-spot’s™ reply: "nah, craft chocolate isn’t capital-intensive; it’ll be fine". (Plus a small affordable luxury most won't do without.) Further, cocoa futures contracts are no contango amigo; just the opposite, they're backwardation (re: the commodity price is falling -- awful for producers, great for chocolate makers).

Put another way: many entered this niche to escape the corporate grind for the literal cocoa bean grind. To secure some autonomy / independence from the onslaught of outsourcing / off-shoring / AI robot replacements.

Chocolate ops / startups in the garage or basement approximate meth-labs in the backyard – almost anyone can make some change (both monetary & social) pouring molten tempered chocolate into moulds… set / release / wrap for sale. Far safer. And it’s legal. Toss aquaponics into the equation as a workaround on climate change that could shift cocoa agriculture from the equatorial tropics to near-arctic latitudes like Iceland &… well, it all makes for plenty of chocolate for generations to come.

Yeah, a shakeout in the craft chocolate world looms (more on that later) but not from this “thing” going around.

Pegged at a percentage that lives up to cacáo of yore in the 80%-class -- some bark & bite -- with a difference: a balming butter pad, intrinsic to the bean considering no add'l cocoa butter added in the bar formulation suiting this white-seeded cacáo which, lacking the anthocyanin pigmentation gene means fewer phenols / tannins & thus milder flavor.

OB carries a penchant for Whites... witness also its Piura from continental neighbor Peru. And although this could stand-in as a wax-figure at the entrance with all that fat, make no mistake, this stands up with some backbone.

Fab opening turns arid very fast -- cactus dry in fact despite another huge buffer of butter. Nothing prickly or bristling (thanks to that fat cocoa butter), just a terrarium of Mexican landscaping close up & to the ground. Could stand a fraction more sugaring to extend the fruit punch up front as well as moisten the rest of the progression some toward a succulent.

Esmeraldas
Classic. Thoroughbred. Start-to-finish point-to-point excellence. Re-affirms the regional-varietal cacáo type christened Esmeraldas as a natural base for Milk Chocolate despite such a low cocoa mass content (next-to-bottom of the ingredient list above bottom dweller fleur de sel. Of course the Swiss in general, & Felchlin (the actual co-packer of this bar) in particular, excel at milk chocolate owing to grade-A dairy, deep experience for decades, & attention to detailing --especially at the conche phase witnessed by this voluptuous, seductive melt in the texture.