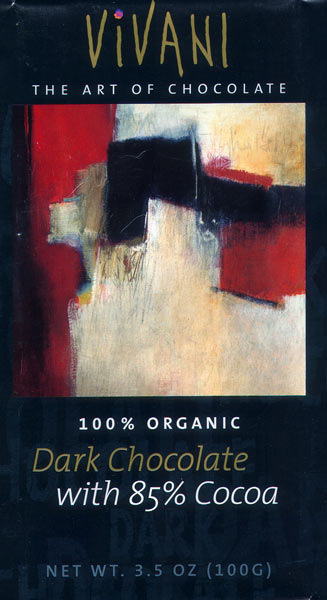 Impact
Immense. Magic Brownies from a Gentle Giant in the forest.
Appearance   4.7 / 5

A sedulous blend from well-husbanded beans reaching far around the world: both sides of Africa represented (Ghana, Tanzania &/or Madagascar) + maybe Ecuador (high astringency) - unmasked of any vanilla... just cacáo roasted & conched to near perfection with a little sugar (CBS ~2:4:1). Some backyard dirt gets caught in the butter-works but that too delivers soft power without which this bar would lack heft, depth, & symmetry.

"Organic" or otherwise, a fine chocolate by any standard... period.