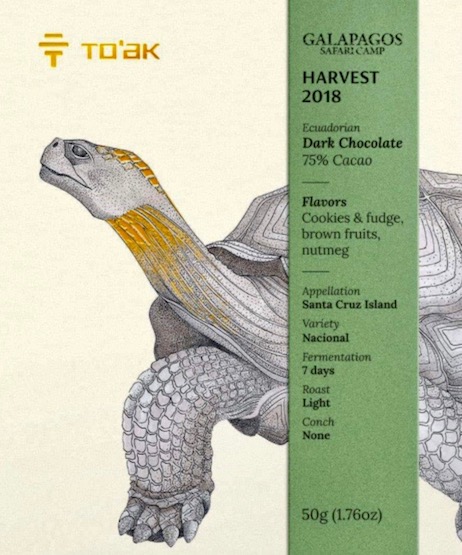 Impact
During a recent State Dept parley, the representative from the Côte d'Ivoire embassy corrected the roundtable in stating that cocoa farming IS NOT hard work. Coffee picking, yes, a back-breaking bitch. Cocoa by comparison "is easy".

Even those with their mug shots on premium-priced artisan chocolate wrappers or bars named eponymously after them still toil for meager means. 20+ years on & the best the craft chocolate retro-revolution can do is maybe send the next generation in Latin America to school where, once armed with some kind of diploma, the grown kids won't in all likelihood return home to enter the family biz. In Africa, the main cocoa producer in the world, prospects are dimmer still since fewer children have much schooling at all. Nonetheless, they too probably won't stick around to pluck cacáo pods off trees when opportunities abound in nearby cities.

Enter To'ak into the conundrum. This imprint boldly ventured where none had before. The audacity to charge $300 to $500 per bar to redress the manifold ESG issues plaguing the space. The brand's teak box & tongs to handle the precious delights within so nothing, not even the buyer's fingerprints, gets between their chocolate & their tongue. It acquired the câché of an ostrich-skin Birkin bag from Hermés.

Well, not quite. Unfortunately for everyone along the value chain, chocolate ain't no Veblen good (re: the phenomenon whereby the laws of supply & demand become suspended & price elasticity stretches almost to infinity seeing how the high / higher / highest cost incites greater demand!).

The paragon of this dynamic: Ferrari. (Sorry, Post Malone, beerbongs in the backseat of Bentleys? No way)

Lambo may be more stylized, McLaren faster but no street-legal vehicle sounds or feels like the midline engine under the emblem of the prancing horse. To be wait-listed for Ferrari's special edition models, a client must already own one!!! Such are the (white male) privileges (add wealthy Chinese, Arabic, Hispanic, African too -- they'all luv 'em; women for a variety of reasons opt for Tesla).

Bowing to market realism, To'ak makes its once-unobtainable-but-for-a-precious-price more accessible -- by introducing 3.5 gram bite-sized ingots or neapolitan squares. A nibble equal to about $50's worth of the grander full-bar presentation, offered now at a fraction of that for a couple dollars.

Same Ecuadorian Nacional cacáo... ya know, the one with news of its rumored extinction in the 20th century, it took on the lure of a holy grail of cacáo varietals. A long vanishing cacáo type encroached upon & largely supplanted by dumb clones like the clinically-named CCN-51 (the latter an invasive weed of sorts in the ditch). Search parties went forth combing the countryside to recover it.

Few found any except those who risked the extra mile in remote valleys to preserve & protect the ‘Nacional interest’ & then rose to the ranks of the new Nacional guard. Risk-on venturers like TO'aK. Their success ensouls this heart of chocolateness, beautifies it with a mission: eco-sensitive forest economies.

Not to mention its flavor that serves a point of pride & place for Ecuador. Among the grandest of Fruits & Flowers in chocolate flavor profiles.

Now it lands in another sanctuary on Charles Darwin's playground: Galapagos. Along with an admixture of the aforementioned CCN-51, "Trinitarios" & who knows what else (like Upper Amazons). Mix in some human ingenuity to make a sumptuous treat from oft-bitter beans, write the good tale of saving birds, tortoises, seals & boom! -- some ol' tyme chocolate.

Only the un-evolved will want to miss this. Ya know, the ones who bit their tongue off trying to escape such nostalgia.
Appearance   4.1 / 5

The chocolate equivalent of a gallery which only exhibits daring edge work to dismantle conventional notions that slap clientele out of somnambulist jaywalking while punk rock for tycoons plays over the amplified AirPods lending an unfiltered distorted wash to the FXs from eons ago.