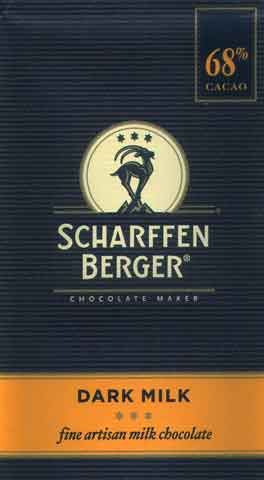 Consider this the final release from the company’s West Coast birthplace before it packed up the vintage roasters & conche machines to move its pioneering spirit that launched the American craft chocolate movement in the roaring ‘90s... to Illinois – a victim of efficient corporatocracy.

Taste the stone grinders that could’ve been quarried from nearby Yosemite Nat’l, perhaps right where a party of 5 buddies into dope, beer, & hiking to the top of Half-Dome, in a trek of overstimulation on July 27, 1985, become fodder for the saga titled Shattered Air.

This band of adrenaline-junkies ignored the warning signs of an oncoming storm, fueled by their glee to “dance in the lightning”. In the ensuing rumba between Mother Nature vs. Badass Egos vs. The Grim Reaper, as Ed Viesturs says "climbing to the top is optional, getting down is mandatory".

For 2 hikers it didn’t work out that way; & the other 3 got off the rock permanently injured, just thankful for their very lives only because of a daring midnight chopper rescue led by heroine Linda Crozier.

All discovered that Half-Dome is a natural lightning rod; & lightning not only can strike twice but multiple times. In a stomach-churning, up against-the-wall electrocution, the granite composition of a cave the hikers took refuge in conducted the electrical charge that devastated them.

Don't read this book if you’ve yet to climb Half-Dome (but plan to do so), for fear that you won’t ever want to!

No, seriously now: don’t climb without it; & take this bar along... for survival rations.
Appearance   4 / 5

Nowhere are Nibs mentioned on the labeling but they seem redundant except to act as an exfoliant in the Texture to further scrub the profile down to suffocating jungle density (as opposed to the Mast Bros’ superior version of a Dark-Milk with Nibs).

A misguided, blown-up formulation employing, it seems, poorly processed bulk beans scraped from the bottom of a sack tossed in the warehouse corner.

S-B overshot the roast, a rarity for the company, then relies on ample milk solids to hold off & modulate a rather flat & bitter bean blend.

Given what has always been a player with Milk Chocolate (witness the Extra Rich), this should be a walk in the park for the company rather than a treacherous hike. Either Dark-Milk is out of S-B’s range or, more likely, this represents signs of onset deterioration with the label.

Either way, this bar is in a world of hurt.