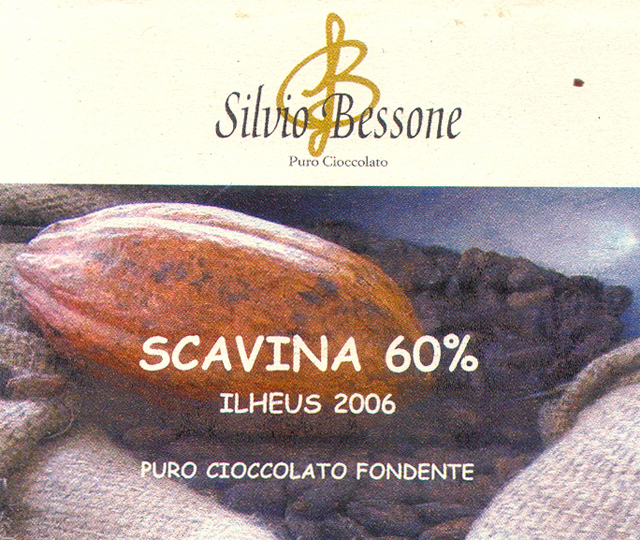 Impact
Aches to Sting’s message in a... no, not bottle, but bar: it’ll break & mend your heart. Brutally honest for the most part; then gorgeously, if fleetingly, tender as make-up sex. After all, things are never quite the same again, are they?
Appearance   3.3 / 5

Scavina gerplasm has worked its way into so many hybrids ever since Pound came across it in Peru in 1937 - a cacáo type heralded as much for its floral imprint in the pulp as for its ability to resist Witches Broom disease (Crinipellis perniciosa) – none, however, have so prominently called attention to it before now as this bar has.

Once again Bessone sticks to the house-style & nearly burns out all the hedonics, tampering down & muting the high end, relieved by 40% sugar, generating a paradox of tannic-sweetness, one that nearly pulls it off except for feeling a bit stifled under a lava-layer of caramel.

A good effort in line with a maker defying ordinary expectations, going far afield on his own (Brazil had been written off by most & this helps mark its comeback) to establish a personal signature.