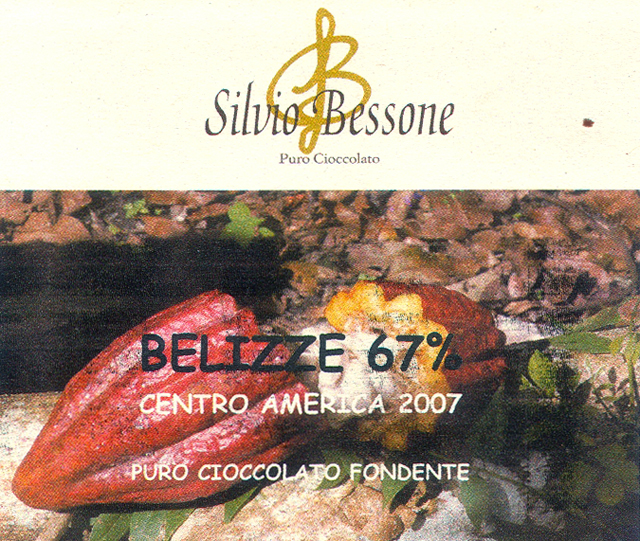 Impact
Bellisimo Belizze... that’s if a young maiden ages into a fat Italian Mama who last bathed when she was 14 years-old & now smells of some Mortadella sausage is the new model for beauty.
Appearance   4.9 / 5

Aroma   6.2 / 10
big tobaccocoa -> very hammy, smoked (fire-dried?; gaseous shades of PNG) -> latex... ocean-sprayed dragon-fruit puffs thru for a melon shine -> eventually catches a black-peppered licorice
Mouthfeel   11.7 / 15
Flavor   28.4 / 50
grapes in, then rapidly yields as licorice leads -> black pepper for lightly spiced-chocolate -> tobacco leaf -> smoke from the Aromatics envelopes into a sort of canned-ham -> fairly bruised & bruising tannic bump – though tolerable enough -> generates resinous bitter dirt under ear-flower -> recovers somewhat w/ charred brownie carrying that bitter backing
Quality   12.1 / 20
Missed opportunity for this Belize to make a believer out of anyone who thinks cacáo from there is only of the variety by those chocolate vandals named Green & Black’s who burn it then proceed to smear it in orange oil.

History documents that Belize has been endowed with some supreme cacáo & Moho at the Cotton Tree Lodge has already shown in the Census that it still possess some fine raw materials.

But this bar only glimpses an inkling of that promise. In both the drying of these beans & in the handling of the roast, the inner-marrow of what’s otherwise some strong chocolate bones has been smoked & scorched.