Impact
By now even some school kids know that at one time cacáo seeds circulated as a kind of currency in Mayaland. Left out in all the happy-talk about 'money growing on trees': it added up mostly to just paying the taxes, seeing how the overlords, who had their own mouths to feed first, practically owned the underclass that actually tended the trees. Those farms would mint cocoa beans only to make them last as long as The Game’s 400 Bars for someone else who enjoyed the privilege of converting them on the exchange markets for... whatever.

Apparently quite a bit was earmarked for a version of urban development. And entertainment too, for nearly every Mayan archeological site has a ball court. A superpower like Tik’al constructed a triple ball court, putting it in league with U.S. cities that build one each for football, baseball & basketball. Then again, El Tiján near Veracruz built 17!

No one knows for sure their exact rules but they hosted blood sports, occasionally battling to the bitter end in a game literally of life & death, perhaps kicking around a decapitated head for the ball in line with mythistory described in the Mesoamerican holy book The Popol Vuh in which the gods tested the Hero Twins (Hunaphu & Xbalanque) on the field of "play".

Whenever such 'heads rolled' would be reserved for special events (the "playoffs" so to speak) because by & large the sap from the latex tree Castilla elastica was used for "regular-season" games.

No doubt Ujuxtes - among the largest Preclassic sites (1200BCE - 200CE), with 200+ earthen mounds now covering over a once-vibrant municipality - had a ball court too. Atop these mounds today grows this cacáo.

A bar from Danta that packs all the wallop of a Louisville slugger playing fungo in one of those ancient yards; cacáo beans just cracking off the barrel end in big heaves... out of the park... with the mouth serving as a catcher’s mitt... not behind home plate, but to retrieve ‘em on the other side of the fence. 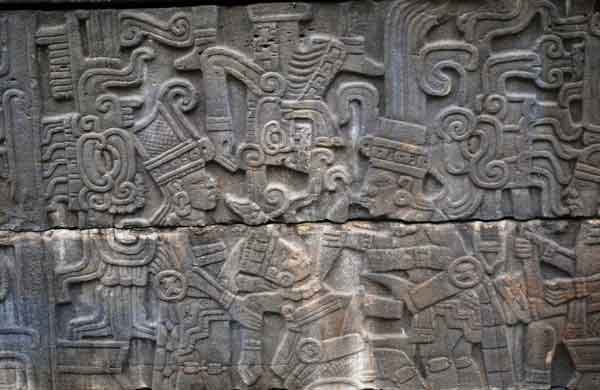 Aroma   8.9 / 10
densely forested w/ palms, vines &... pick-a-tree – any tree: cedar, mahogany, rubber, elm, tamarind, papaturria (Coccoloba montaña), or hormigo, amigo, (Platymiscium dimorphandrum)... oh, & Theobroma too – already oozing camphorous cocoa right out the pod forming chocolate eucalyptus clouds... sprinkle in a colony or two of leaf-cutter ants... all of it sweetly oxidized from a misty rainfall of fine sugar crystals
Mouthfeel   11 / 15
Flavor   43.4 / 50
chocolate bangs right off the bat made from solid kapok & coccoloba, splintering into a thousands bits of cocoa to strike anyone loco-crazy -> slowly rounds some fruit (ground cherry + red-flesh anonas) wrapped in tobac -> 2nd half turns stringent toward grape skin or sea grape, then grape seed extract -> hits against some cardboard instead of a wall -> slides over some citrus (wild mangosteen & tamarind) w/ zest -> chalk the dust up; out on liquidambar
Quality   16.3 / 20
Los Ujuxtes Estate now sits amidst a nature preserve along the Pacific coast & counts amongst its trees mostly “Trinitario” cultivars originally brought to Guatemala from Costa Rica in 1979 prior to the blight that wiped out 95% of the production. That translates into a kind of Matina-ish type cacáo. And sure enough this follows suit quite characteristically.

One can pretty much taste the splice-cut in the graft right between the two halves in this bar for a rather pronounced A-B format. As well as suboptimum drying &/or storage despite Danta mandating the property to dry on screen racks atop a cement patio in indirect sunlight -- all good so perhaps the moisture level needs closer monitoring.

Unlike its Acacias 75, Danta free-balls this bar without any additives except sugar (no vanilla, lecithin, or cocoa butter). Slightly underdone / undeveloped though by no means unrefined – a house preference & an indigenous 'retro-American' style emerging throughout the New World (lower-impact processing similar to Domori but without the ultra-polish) - lets cacáo do most of the jawing for itself.

The light roast, followed by a conche that barely coats the particles, creates that semi-wild signature & re-conceptualizes chocolate generally along the same lines that painters once argued: social realism (in chocospeak - market demands / consumer expectations) vs. color / formal problems of art (underlying truths / more abstract flavorings as tones flatten out generating less illusions or "hints of _______[fill in the blank]" as food-hounds like to say; the subject being the bean itself rather than some confection of it -- see any Vosges, Chocolove, or even Bernachon for that matter).

To complete the analogy, what the 1913 Armory Show marked for the advent of Modernism in America, the launch of 70%.com in 2001 achieved for cacáo.

Bars like this or Amano's Montanya, Askinoisies Davao & practically every issue from Taza partially bear the fruits of that labor.