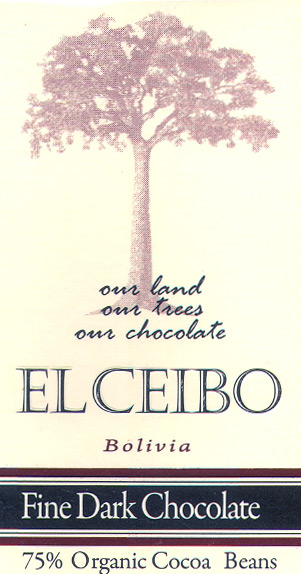 Impact
Just as Listerine™ was originally used for sanitizing wounds, cacáo served as a diuretic, a laxative, a remedy for vaginal & rectal irritations.

But if bad-breath is a problem, take parsley or anise seed instead of some bottled preparation. They better cleanse & aid in digestion, helping to get at the root of the trouble.

In 1987 Brian Boom chronicled the ethnobotany of the Chácobo people from Bení, Bolivia who took cacáo for medicinal purposes. A few years earlier, Doug Daly photographed a woman there selling cacáo vinegar out of a massive jug (the one in the photo below on the left).

A bar to capture both of those moments. Take one along with either Miles' Blue Haze or Kind of Blue. 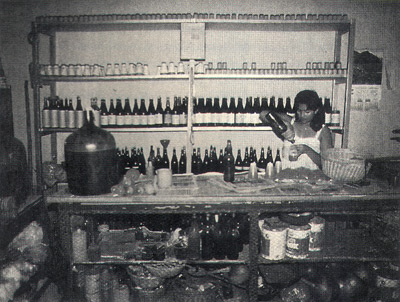 Radically altered formulation from El Ceibo’s 85% and 71%. They enjoy copious butter content. The listed CBS (Cocoa mass / Butter / Sugar) here of a near equitable 1:1:1 reads illogically (if true, that means 33% sugar, which calls into question just what kind of a 75% is this?). Whatever, it tastes about right in terms of mass-to-butter ratio, perhaps even overstating the latter. And mass is where this bar is at; sugar nowhere near turning any of cacáo’s compounds into sweet fruit.

Instead this bar hangs low or, better still, lies low on the forest floor, deep in drought, presenting an anomaly for a Beniano (the Cacáo Nacional of Bolivia) by forcing predators to juice a stone in the tradition of other so-called Nacionals but from Ecuador: the bean empanadas of Askinosie and Amano.

On the positive side, well-contained bitterness, almost none when one would expect, if not a dumpster full, at least some. Plus, long duration too... to test Hitchcock’s prescription that the length of an event should be directly related to the endurance of the human bladder. Since there’s seldom a drop of vital-fluids here, that’s no problem.