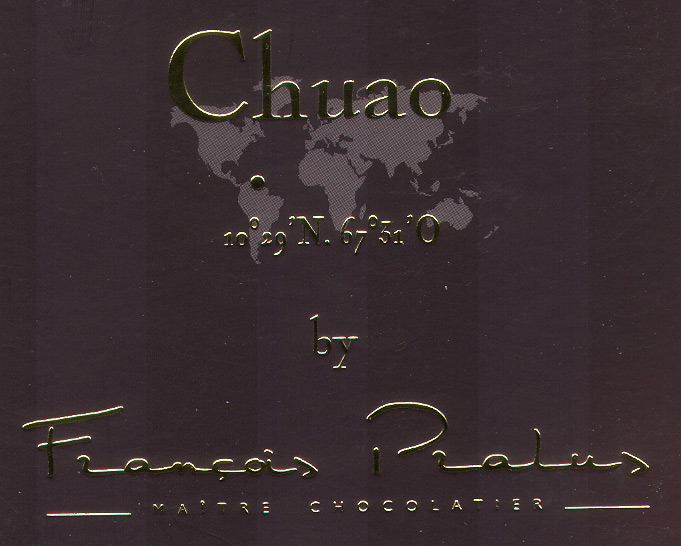 Impact
Behind every great fortune is a crime - Balzac

The Pirates of the Caribbean take some credit for breaking the Spanish hold on cacáo. They lurked the waters & operated under the banner “no peace beyond the line” – in reference to the Treaty of Tordesilla in 1594 that drew a line on the map granting Spain a virtual monopoly (& monopsony) to almost all resources in the New World, be they gold, silver, gems, pearls, spices & cocoa. Speculatively, their plunder may have distributed cacáo around the Caribbean islands, & even re-impregnated the coasts of Central America with the lost treasure of its heirloom cacáo.

Might’ve contributed to Chuao’s fabled stand of trees, too. Afterall, in the mid-1500s pirates freely used Trinidad (right next door to Venezuela) for its port. By the 17th century, Trinidad was one of the few wide-open ports accessible to everyone. The Spanish maintained only a laughably small garrison & a local governor who happily accommodated bribes. 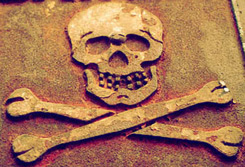 And who exactly were these pirates? Well, the business in the Caribbean got started by none other than Spain’s historic enemy - the French. In 1523, the debonair corsair Jean Fleury raided 2 Spanish treasure galleons full of Mexîcà (Aztec) gold seized by Cortés. The attack took place off the Azores... nearer to Europe than the Americas. Also onboard - exotic animals, jade, ornaments, emeralds, pearls, works of art, masks in mosaic of fine stones & other rarities.

Among the first noteworthy hits in the Caribbean itself belongs to another Frenchman - Francois Le Clerc – whose huge takedown in 1554 off Santiago Cuba forced Spain to move its operations to Havana.

In terms of cacáo, the French are still at it.

Amedei supposedly held a monopoly (of sorts) on the entire Chuao harvest for the better part of a decade, starting around 2003. Smugglers naturally breached this exclusive arrangement to the point that the question ‘oh, Chuao, where ya been?’ turned out to be ‘all over the place’... doubly so ever since Amedei lost the contract. Now it’s open season once again & the French, along with others, have pirated it back. Everybody’s coming at it: Bonnat, Pralus, Coppeneur, et. al., even Canadian parvenus Soma & Choklat.

Rouchefoucauld hoped that glory should be measured by the means used to acquire it. Doubtful Francois Pralus & his band of cacáo brethren went to such lengths to commit any wrongdoing that merits the same fate as confrère Jean Fleury whom the Spanish captured & hung in 1527.

Whatever the circumstances behind his fame, personal success often goes hand-in-hand with public service... sometimes to atone for the former without diminishing the altruism of the latter.
Appearance   4.9 / 5

Aroma   9.6 / 10
pine fresh (particularly Pinus patula) but subdued... raisin caught in the candle light of paraffin -> goes very coastal along the promised sands -> sea breezes carry cocoa butter & lightly photosynthesized greens (incl tobac) -> eventually a glancing side-drift of pepino, then bleeding blueberries to be true blue-burying; all of it extra-fine
Mouthfeel   12.4 / 15
Flavor   46.1 / 50
rams in wheat & berries to gash out some blueberry pie (tasty true blue as in before 'Blue Magic' was a little pill for E.D. it meant pure heroin that killed many a junkie thanks to its potency) -> chocolate crust -> burning oil (cocoa butter) torrefies lightly to balsa, then sours slightly on plums -> picks up more juice w/ sweet granadilla & the hellfest is on... intersects molasses junction -> berry resurgence thru the firestorm -> submerged back under by more molasses -> flips the killswitch over ti-tannic cocoa (powder, dust & fudge)
Quality   17.7 / 20
Near replica of Coppeneur’s Chuao 70h minus the alcohol. And where that German barsmith effaces molasses, this just rides it... the under scree to all else (thanks to a generous roast that sacrifices CQ – ‘Chocolate Quotient', a measure of baseline cocoa flavor free of any nuances or overtones), except that huge slice of blueberry pie at the start, then sweetened by... well, molasses.

Pralus really frontloads the action, so much that the rest seems diminishing returns, though profitable & rewarding nonetheless. Pretty characteristic house-style – hi-roast / considerable conche, 25% sugaring – does justice to the origin (only minor bittering & virtually no astringency).