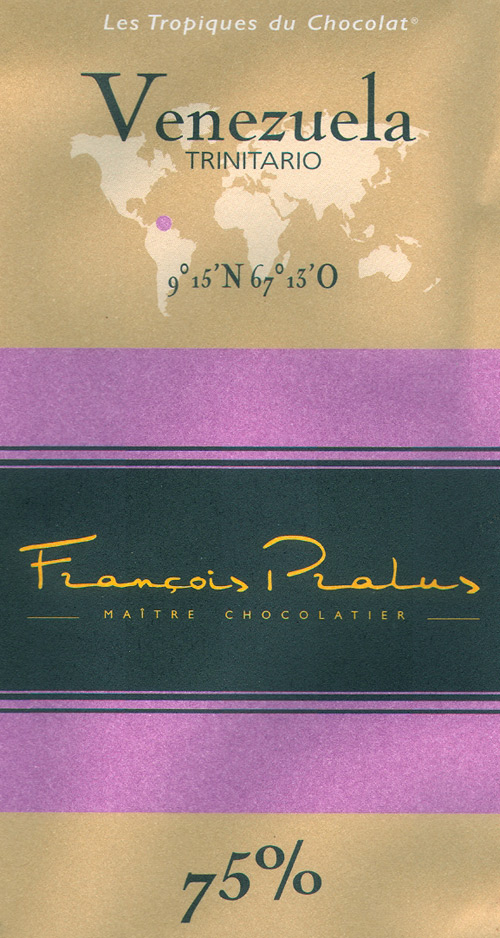 Impact
Astronomist Chris Impey theorizes that dark energy differs from the cosmological “constant” of Einstein’s original equation in that it varies over space & time. If dark energy grows, Impey reasons, it’ll cause the universe to unravel in due course in a crescendo called The Big Rip. First galaxies, then stars, & finally atoms shall be torn asunder. Nothing can survive; its outcome a crushing finality.

Judging by the test of courage & strength in this bar to withstand the grip of the grim reaper -- a ghost of Cuyaguas past -- administering last rites before the tumbrel shuttles it off to the crypt, omnipotent chocolate might prevail even over The Big Rip.
Appearance   4.6 / 5

With Pralus, flavor always balances on the roasting & this proves no different, the fire firmly branding the maker’s stamp on it. In keeping with his Venezuela 2008, his trademark torch just incinerates the fruits & nuts the origin has been noted for.

Not a great rep for Cuyagua Valley but a better cacáo, such as it is, because of it.