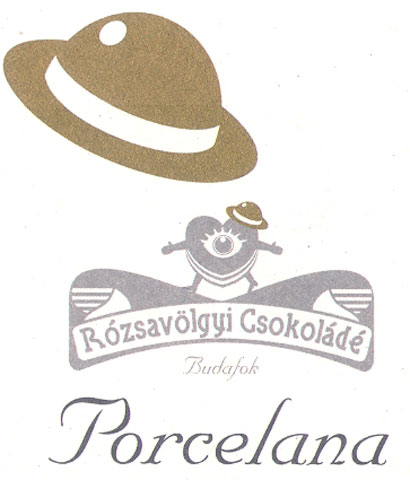 Impact
The Hungarian govt, under which Rózsavölgyi Csokoládé operates, once issued the highest denomination currency note ever - in 1946. A 100 million B-pengoe (that's 100,000,000,000,000,000,000 pengoe) valued at around 20 cents in US dollars. As worthless but infinitely more convenient than the Weimar Republic’s treasury notes that required a loaded wheel barrel of them to purchase a loaf of bread. Just one facet preceding Hitler’s rise to power.

Today, the U.S. dollar might be the pertinent substitute. For instance, people in NY, Miami, LA never leave home without at least a hundred dollar bill in their pocket -- the minimum price of admission, so to speak, to the city. Just a couple years ago, retail clerks would scrutinize a $100, eyeing it carefully before accepting any for purchase. Now they cash them nonchalantly.

If the U.S. dollar ceases to be the world’s sole reserve currency, any hope that the Euro will replace it looks suspicious given that it might just be the Greek drachma in drag.

Enter commodities. No wonder so many have been buying gold. With Chinese interests snapping up farmland & foodstuff supplies — from South America to Africa & elsewhere – perhaps cacáo will make a come-back as a kind of currency.

Porcelana has long enjoyed the status of some of the most expensive beans in the world.

And Rózsavölgyi essentially shelters the assets in this bar worth its weight in gold for a solid if slightly undervalued ROI (Return on Investment).
Appearance   4.4 / 5

Aroma   9.1 / 10
somewhat Italianate / shades of Amedei: a pizzeria of toasted bread crumbs ‘n almonds baked in olive oil -> cocona spread instead of tomato -> drizzle of honey; very warm to the senses ala Bonnat
Mouthfeel   11.7 / 15
Flavor   44.3 / 50
light break on cream rushing after almonds -> bread crumbs & bay laurel rubbed in olive oil -> mamey sapote (thick & dense) carries forward a sweetish element -> fab confluence of all the above topped by a golden raisin -> aftermath of tonka, hay & cocoa
Quality   16.9 / 20
Early eerie parallels to Amedei’s Porcelana except their respective techniques diverge in arriving at similar, though by no means identical, flavors. True to Rózsavölgyi’s house style, a considerable conche compensates for a gentle roast.

What this misses in levity compared to some great Porcelanas, it makes up for in its sheer weight & almost a preponderance of it (hence somewhat plodding / less sublime). Very concentrated as per another Rózsavölgyi trait.

The extra butter only adds to the effect (& more than just a fabric softener of sorts in most bars). The conching emulsifies the particles so thoroughly to the point where butter too seems to augment rather than cut or reduce the bean’s mass (the part containing the tannins, the polyphenols, & most of cacáo’s compounds).