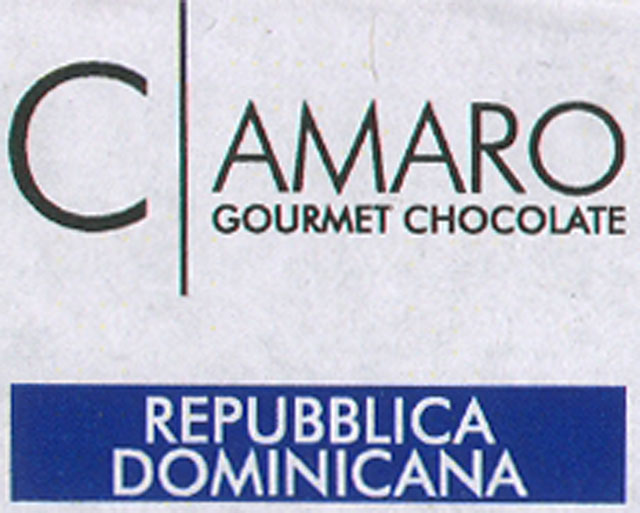 A conflagration in a testament to things must be looking up, the end is near... it's Armeggedon times.

Never regret. If it's good, it's wonderful. If it's bad, it's experience. - Eleanor Hibbert
REDUX REVIEW -- below are segments of C-AMARO's Repubblica Dominicana, initially released in 2011, followed by a refresher in 2015. The rating reflects the upgraded batch.

Marco Colzani learned the hard way -- thru some tough lessons -- & now in this post-Apocalyptic update on his Repubblica Dominicana, he stands near the summit, having slain the beasts into that bottomless pit of that earlier bar.

Aroma   7.6 / 10
2011
dried dung among the grasses under some nut trees used for the wood-burning stove that toasted these beans streaked with cigarette burns from so many butts being put out & thrown in the fire

2015
so sweet, almost too sweet, white sweet (sugar - yet it's only a quarter of the total content) -> sapote -> fresh cigar leaf & green tea -> cocoa-nutmeg -> juices up apricot-mango, again, so sweet -> dried bilberry resin
Quality   18.5 / 20
2011
The wrapper pre-conditions the consumer with tasting notes that read, "Fresh & pleasing acidity with aromas of berries" which many Dominicans deliver with gusto & then some. This offers none in the actual flavor.

Instead, C-AMARO imposes a maker's mark with a self-same roast on this & every origin in its portfolio: robust. Basically Coppeneur, the early days... when that German house operated in Pralus' dark shadow.

Its entire line piles up an exposition on roasting by keeping one fixed constant -- high heat -- while varying the sugar level, seemingly irrespective of seed type or origin.

For some origins that approach works wonders (C-AMARO's Ecuador for example); for others it proves less successful (Trinidad for instance).

With such a scorched earth policy, this bar could hail from anywhere... bulk Brazil, deforested Ivory Coast, smoky Java... just play spin the globe. Hell, even from Mars.

Tongue-crushing, without any notable fine-flavor note; a stunning revelation considering a) D.R. chocolate can occasionally be over-satuarated with them, & b) this bar is refined in a stone-mill for less than 7 hours then left unconched.

2015
The difference between this & that above = night & day, good & evil, chocolate & compost. All the parameters covered… & well so.
As reported with his São Tomé 78%, Marco Colzani turned the corner of his craft a couple years ago. This re-confirms it. He now inhabits one of the loftier slots among accomplished barsmiths around the world.