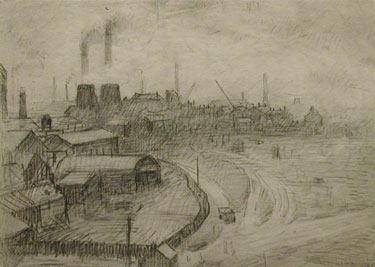 Aroma   6.9 / 10
steak rub: heavy treacle (smoked cane / creosote-molasses), the bar-b-q sauce normally for beef but in this case chorizo shows up instead... bring a knife to this bar -> rolls over balsam
Mouthfeel   13.1 / 15
Flavor   36.4 / 50
oy vey... same as the Aroma: undying treacle darkens to molasses junction in every direction for as far as the T-buds can taste -> cocoa butter mercifully melts thru to black custard & oh-ever-so-slightly breaks the monotony -> sickly sweet raisin -> backs out jicaro (the licorice-like Crescentia alata)... plus malabar chestnut disguised in an toasted Oreo™ sandwich
Quality   15 / 20
Comparisons to Friis-Holm's Chuno -- that pillowcase of bliss -- extend well beyond the fact that they're the only 2 to hit the market so far for this genotype. Moreover, both sport similar formulations (70% cacáo weight; an added cocoa butter pad; & neither contains vanilla).

Friis-Holm's displays all the guile & nuance of Stéphane Bonnat (the actual manufacturer of it), viz., his golden roast & masterful butter cut to cuff the compounds.

This on the other hand yields a far different character: heavy & ponderous, virtually zero highlights in a generally low streaming bar without hardly any lift or air let alone fruit accents. In a word, gothic; in another, claustroflavic... so enclosed it totters just a couple steps away from falling into a tar pit.

Along with the Duffy's Ocumare, Chuno demonstrates a house preference for steady-state profiles that hit on a predominant note & stick to it. With Ocumare such constancy works because of its intrinsically high CQ (Chocolate Quotient). Chuno, less blessed & more prone, suffers a different fate here: unremarkable & inauspicious, even skint.

Any characterizations of this being bold & powerful sound off as the strains of kindness. Heeding Cicero that 'a thankful heart is the parent of all the other virtues', let's reciprocate in kind: they are secondary at most (rather than totally irrelevant) to the essentials in this apparent trans-species mix-up. If someone wants molasses, go get a properly-labeled jar of it. Anyone desiring chocolate should skip this & reach no further than Duffy's own Indio Rojo.

As is, this Chuno serves to question the manifold phenotypes that Xoco, the breeder behind this cultivar, christens each with a discrete trade-name when maybe they're more correctly lumped together into something more ambiguous... like 'hybrid'.

Then again, the Friis-Holm version seems deserving to surmount any such mob-term.

Time will tell... Xoco is ambitiously seeding the landscape with literally millions of these for future harvests.

In the meanwhile, chalk it up to just another in the long series of the vagaries of chocolate.