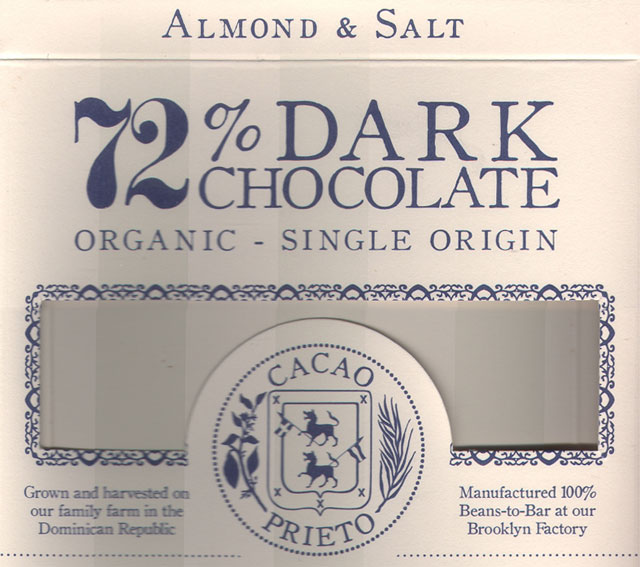 Impact
A day-at-the-beach as envisioned by Prieto... coasting along the (card)boardwalk 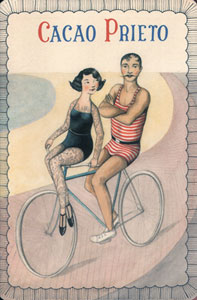 Aroma   7.9 / 10
lives right up to its namesake: salted almonds
Mouthfeel   11.4 / 15
Flavor   41.1 / 50
slides-in on waxed cardboard greased in cocoa butter over bare-bones chocolate -> blanched almonds -> a sprinkle or 2 of salt -> then a confused jumble among some rubber plants works its way out -> bruised olive leaf amidst the wreckage -> fine cardamom 'n mint at the finish
Quality   15.3 / 20
Quite rustic if not crude & rather raw.

Utilizes Cacao Prieto's prone 72% for a base which the salt proceeds to spike the green elements of that bar, while almonds eventually submerge the randomized tannins found in it.

To its credit, Prieto resists the temptation to "pour it on" & opts instead for light-handed salt. Wise choice too since that helps to meld a fairly segregated affair into a well-enough end flavor.

Should Hershey's worry? That's how corp execs earn their paychecks & stress-lines on their foreheads.