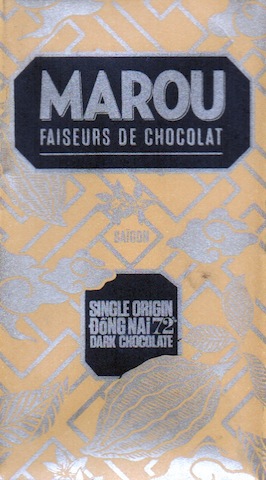 OK. And the wicked witch of the West is dead... ding-dong the witch is dead.

That's right, no one's there because Dông Nai ain't 'who' but 'where'... in Vietnam's monsoon country. A cacáo culled from the agro-forests around the primeval Cat Tien Nat'l Park.

Hồ Chí Minh reminded his nation that "a storm is the opportunity for the pine & the cypress to show their strength & stability."

He might've added cacáo to the list of trees too, seeing how this chocolate bar survives & thrives -- in the best surthrivalist sense -- thru some suboptimal conditions. 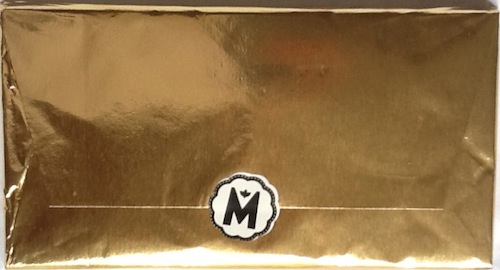 This bar reflects some post-harvest deficiencies. Slight under ferment of rather mild, though sweet, pulp creating very focused if less dynamic compounds. They permit Marou to apply a suitable roast commensurate on a relatively delicate cacáo type that lines them up right in the cross-hairs of core chocolate flavor exerting respectable punching power.

The whole package then subliminally sweetened by a generous added cocoa butter pad.