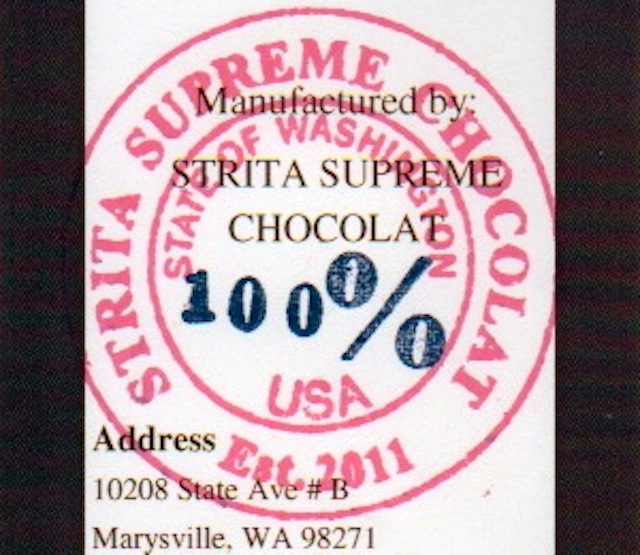 Rita married at the young age of 12. The marriage lasted 18 years, during which she endured tremendous hardships at the hands of her abusive husband. Her attempts to convert him to Catholicism bore fruit, however, in his later congenial treatment of both her & their 2 children.

Such forbearance earned her the title as the patron saint of the impossible.

Often associated with fresh figs & portrayed with a bleeding wound on her forehead that turned to a rose upon her death, these twin aspects of St. Rita link her to cacáo and chocolate, which often inhere with fig flavors and symbolically represented the blood & the heart in ancient Mesoamerican civilizations.

In a similar spirit, this bar transcends its punishing percentage & unsweetened nature to achieve the impossible: light & rather airy, sourced from an island sanctuary in The Philippines where it received the first documented transplants from cacáo's American birthplace but now languishes in a rather abused condition.
Appearance   3.6 / 5 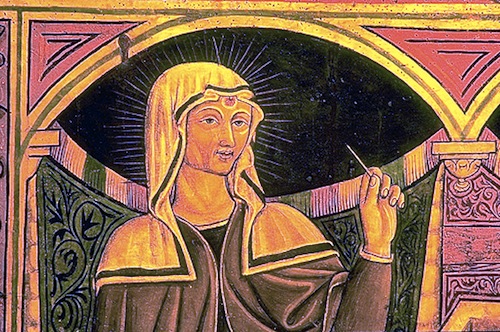 Aroma   8.3 / 10
heavy vanilla-cream (the orchid + cocoa butter) undercuts the 100% unsweetened pod-strength -> snickering peanut beneath
Mouthfeel   11.4 / 15
Flavor   34.8 / 50
pre-ordained in the Aroma
swells of cocoa butter that also carry but a smidgeon of mass, the latter provides Earthen wares (clay, loam, topsoil), resurrected by a vanilla which galvanizes a black mission fig -> pulls an espresso shot at the back
Quality   12.6 / 20
In the beginning, some believe, God made chocolate & it was good. Then Coenraad Johannes van Houten in 1828 separated the Dark from the White & it was better.

Supposedly. (See 1828 in the Concise History of Chocolate.)

Strita re-assembles them in this sleight-of-hand passed along as a miracle.

In a world split between chocolate versus vanilla -- whether by race, sex, politics, style, flavors, et. al. -- this brooks the divide & balances the scales in favor of Vanilla (White) Chocolate justice.

Such is its unifying force, such as it is: uninteresting but not without merit.

Blessed be to God.