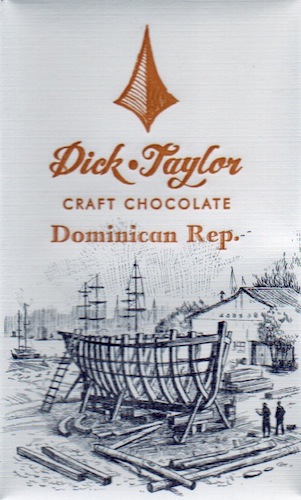 Impact
FULL DISCLOSURE: Dick Taylor kindly offered a complimentary sample
Citric acid, a common buffer, increases the solubility of brown heroin. Addiction treatment centers even induce users to exchange their dirty needles for clean ones -- in an attempt to reduce the spread of HIV & hepatitis -- by offering it for free.

Other acidifiers for brown heroin are ascorbic acid, acetic acid, & lactic acid; in their absence, a user will often substitute lemon juice or vinegar.

If intended, Dick Taylor must've grown up in a kids' chemistry kit (instead of a Skinner Box) which schools adults to prefer citric-scented colognes, super-dry martinis, & tart bitches.

Not since the early acid bath days of Domori has so much acetate blistered the taste buds (hey, should this label follow Gianluca "Mack" Domori's trajectory, then the chocoscenti will be in for a wild good ride).

It's one thing for the acerbic nature to be ill-defined, but it's another to be uncontained, which suggests a breakdown in virtually every parameter (unless, again, if by design).