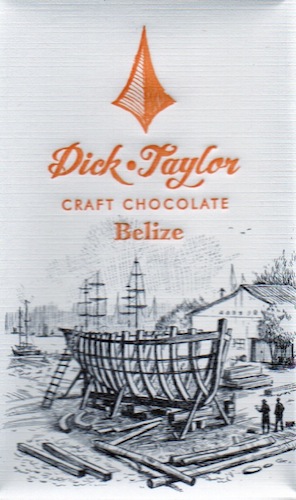 Impact
FULL DISCLOSURE: Dick Taylor kindly offered a complimentary sample
REDUX REVIEW -- One of the gratifying parts of this venture is, no, kiddies, not "all the free chocolate we get to eat", but witnessing the development of individuals from aspiring bean-to-bar grinders into seasoned barsmiths.

Adam Dick & Dustin Taylor are 2 of the most genuine & committed people in this niche.

So when they offered their Belize in 2012, it caused pangs to review it because the flavor stood so diametric to them. Despite the harsh-down, they thanked the C-spot® rep at a choc show "for taking us seriously".

Well, a brief 9 months later & these quick-change artists have revamped this once-disaster into a near triumph.

Dick Taylor obviously takes their chocolate-making seriously. Expect even better from them in the future.

Conflicted no more, below are segments of Dick Taylor's Belize initially reviewed in early 2012, followed by a refresher in 2013. The rating reflects the improved updated version.

***************************
In the days before clean running water, sewage treatment & sanitation, Americans drank whisky like nobody’s business because in a sense it was the country's business. (Think George Washington & the Whisky Rebellion).

It so coursed thru the body politic that Supreme Court Chief Justice John Marshall sided in favor of a longstanding tradition: an open bottle of fortified wine on each justice's desk during cold & rainy days.

Marshall, an inveterate drinker away from the bench as well, further ruled 'the USA is a large enough country that it must be raining somewhere every day'. Thereafter he allowed bottles at all times.

From sea-to-shining-sea, DC to Cali (where Dick Taylor operates), the spirit lives on in this bar, fashioned in the mode of The Alcoholic Republic: An American Tradition by Prof. W.J. Rorabaugh.
Appearance   4.9 / 5

Aroma   6 / 10
2012: stunted & suppressed: leather downwind from creosote
foreboding except for a small draft of cotton candy

2013: sweet 'n sour tar over creosote
Mouthfeel   13.4 / 15
Flavor   41.6 / 50
2012: reverse layup of the Aroma... cotton candy bitten hard & fast by sapodilla wood splintering into chocolate shards & then coffee-grounds / dirt -> wild cherry holds them off... but only for so long until they sour it, yes, 'sour-dirt' -> streams nearly alcohol (cocoyol palm bark fermented into a sort of wine), its yellow-green drupe-fruit lets out the nut-like seed causing a swelling (almond & cashew) -> stringent coconut water to close -> after-splatter on pink grapefruit to match its color

A bar that reverts to Dick Taylor's D.R. in a house-style which virtually obliterates distinctions between origins, or at least distills them into generic gin.

Backs-off the processing in classic retro-American approach, the new M.O., especially among western USA barsmiths. It flatters on a scattershot hit-or-miss basis. The next stop on the continuum: so-called "raw chocolate". 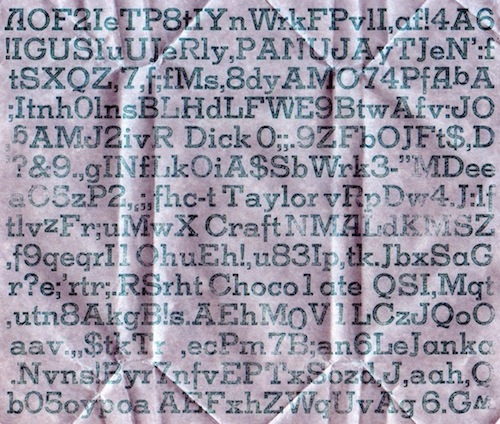 2013: Xtreme make-over: the difference between night & day. The early iteration blistering bright where this later one grows darker / more controlled. A little too goth for the origin -- everything revolves squarely around a heavy black raisin (almost cloying-goop ala Valrhona's heyday) -- but all the same a marked improvement.

Easily the best rendering to date from any barsmith of Maya Mt. Cacao's harvest.