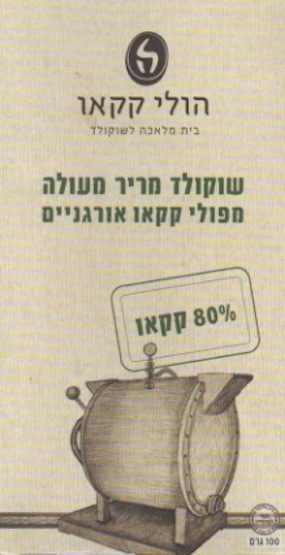 Impact
UPDATED / UPGRADED REVIEW: The following review features Holy Cacao's 80% from 2013 and its 90% release in 2016. Overall rating at upper right is a composite average of both bars
*********************************
No underestimating just how much faith guides this enterprise headed by Jo Zander. A deeply spiritual & religious man, he must believe that theosophy involves forces of light streaming into a dark world.

As explained in Sacred Chocolate’s Midnight bar, makers, who are the disciples of this movement, seem by solemn creed awakened to the revelation that chocolate is about illuminating the darkness rather than sinking irretrievably into the abyss. That from the cacáo woods which are another world, as novelist VS Naipaul reminds, woods of fairy tales… dark, mysterious, shadowed & cool... chocolate emerges into the light – almost prophetically -- by the grace of sugared sweetness, those haloed rays of hope in an otherwise cloistered space.

Their woods form a field of dreams beneath the sun, always hovering at high noon in its firmament, & their chocolate reflects the transmutation of lead-into-gold / beans-into-bars, & the penumbra aspect of Jungian alchemy.

So holy cow… errrr, cacáo, Jo Zander goes batman here, almost as an underworld superhero delivering unto mere mortals a lightly-sweetened nibble of the gods. Yet another reminder of the role day & night / light & dark / life & death play in all creation.

Holy Cacao indeed; thanks be to Jo.

Aroma   7.7 / 10
80%
very traditional vanilla-cream caramel to belie 80%, as if learned from & interpreted by Bernachon;
mediates toward fudge-sludge / dirty Earth to re-affirm its percentage

As explained on many a page on this site, chocolate often delivers flavors along a primary axis -- either vertical (as a layered stack) or horizontal (as a linear progression), a conveyance somewhat dependent on whether one chews to speed up the process or allows it to melt at its own pace. (Contrary to what some ascetic evangelists preach, neither is necessarily 'right' or 'wrong'.)

This displays both axes, irrespective of consumption method, + a wraparound with an infusive quality. Nothing quite like it exists in the annals. Specifically, the interplay of stereo-chemistry (i.e., spatial arrangements of atoms in molecules & their effects on the physical properties of substances) between the Texture & the Taste.

As such, this bar amounts to less about Flavor (decent, such as it is, with some deficiencies) & more about a tactile & kinetic sensory experience.

The Holy Spirit at work?

90%
Fills the niche ably between Holy Cacao's 100% & the 80% (above). In the process the label ditches the D.R. component in the 80% mix & goes all-in with San Martin, Peru -- an origin hub requiring exact selection lest the buyer leaves with discards in his or her sacks.

Jo Zander picked pretty well.... compared to his 72% San Martin of yore (or at least works it better).

Sure this bar lurches for the first trimester, then really stands up straight & tall & clean. Nearly nary in the way of bitterness or astringency, both expected at this percentage in spades & shovelfuls, in a testament to Holy Cacao's calibration.

As ever with Jo Zander, profiles are thick to the mouthfeel, heavy on the palette, & concentrated in flavor load -- a house-style virtually unparalleled in craft chocolate.