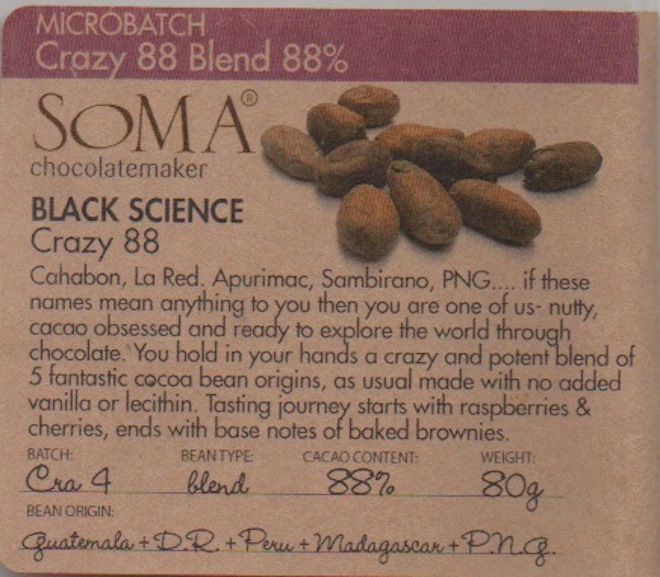 Impact
Psychedemia at the ivy league University of Pennsylvania draws top scholastic minds from all over North America, & the world.

This confab explores the beneficial administration of controlled substances.

Formerly the haunt of shamans, sorcerers, hippies, teenagers & homeless addicts, entheogens now attract hard-headed PhDs who bring them out from the shadowy recesses & corners & into the investigative spotlight as a serious subject of inquiry. It serves both as a counter to restrictive medical dogma that often dominate the curricula of med schools & teaching hospitals, as well as a fulcrum to scrutinize with scientific rigor the properties of the original pharmacopeia -- nature's botanical apothecary.

Chocolate, probably due to its adulterated cheap candy status, rarely pops up at the conference.

Maybe that explains why chocophiles liken themselves instead to eonophiles with their overwrought comparisons to wine. Forget the simple stuff of grapes. The next time someone says 'chocolate is like fine wine', tell them 'please, it's far more than that'. show more »show less «

For as this site has proclaimed now for years, hi-grade chocolate is probably the best street-legal high afforded in the USA -- excluding, perhaps, medical marijuana states.

Where some substances produce a stupor or stoned reaction, chocophages the world over know how chocolate's positively an amphetamine without the risks. Some users take it to get comfortably jacked & amped -- whether at half-time in the locker room of football games or between orgasms in the middle of the night -- without having to worry about whether it'll pass the test for requested urine samples the next day.

What better dealer to purvey such product than a chocolate maker called Soma. Embedded in this Crazy 88 is a plethora of ciphered but not-too-cryptic messages. Chocolate feel-goods that tip the mystic scales in flavor of ineffable XTC... other than it talking to you in tongues of multiple shades of technicolor browns (plus reds, whites, & greens -- see below for more).

Like the very name itself: 'crazy', the catch-all for everything nowadays of a former mob-term -- 'awesome' + a pair of eights or infinite loops. Crazy Eights, the one-deck game version with as many players as the places in this bar shredding their pile for the pot. Stuff gets mental like that fast.

Aroma   7.2 / 10
a raw food pie
mango set amidst uncooked grains (oats & rice primarily)
the bletted fruit gives off camphorous vapors leading to myrrh & helichrysum then, get this, another rarity in choc -- celery root with, it gets better, a cigarette burn! (crazed indeed)
Mouthfeel   13 / 15
Flavor   44.3 / 50
berry blast bounces off a mission fig chunk -> Twizzler's® licorice -- first black, then red -> gets a bit nitty-gritty down 'n dirty -> some cocoa-basted iron beef / metallic streak trails into light whites (rambutan) which sweetens & smooths out the contour into straighter chocolate... for a moment -> recoils back to savory citrus greens (purslane) -> hits a grape fruit scrape -> butter toffee rum -> lowers the boom with big oaks
Quality   17.5 / 20
88 shades of crazy.

Puts the vex on. Confounding in its sorcery how this bar possesses so many unsweetened streaks alternating with, & even sometimes alongside of, some incredibly fruited ones.

Despite those metal fragments, quite a controlled & cohesive blend, excusing a little pulling apart here & there. Doubly so for a bruising percentage of 88%, from several origins that are less disparate than their distances give off. Each a rather high spirited flyer with the exception of Guatemala (which really squats on it, the one probably providing those dirt sensations, in tandem with the mossy PNG). Most of these cacáo destinations usually deliver stronger top sides compared to their bottom notes. Because of that generalized common characteristic, Soma skillfully scales up the percentage realizing that inherent sweet-spots (especially Madagascar & D.R.) can maintain a threshold level of palatability.

A monster mash of a micro batch that, given the multiple sources, covers lots of flavor territory.