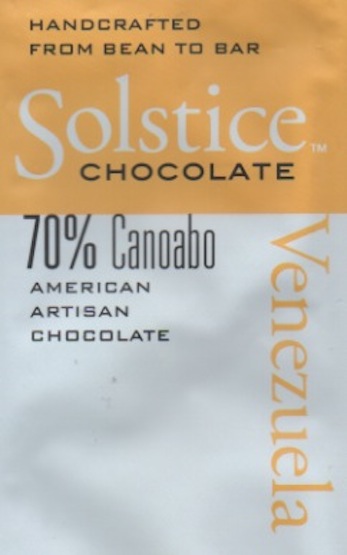 Venezuelan cocoa, often reclined in nature, rarely loud-mouthed, & this follows suit, bar the manner in which its processing imparts a notable, even quite unique character in contrast to Canoabo's traits.

Solstice's rather spare set-up, as expected, renders some edges & angles, by no means smooth, & yet never coarse & rough either. Call it 'comfortably austere'.

retro-American; though, again, with the benign genetics of Canoabo, only partially so. Ergo, a qualified retro.