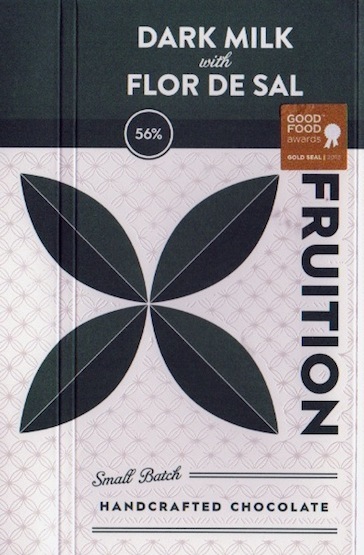 Impact
Flavor perceptions of chocolate are rooted in neurons that wire together & fire together. Upon a certain response, habits form, then replicate to keep replicating themselves. So the person takes a bar, the bar takes a bar, the bar takes the person, & what’s thought during the process becomes the mind. The brain is neuro-plastic like that: an uncanny ability to change thru experience.

Yearning develops as well for not only more but better which causes what Buddhists recognize as the 1st Noble Truth: dukkha (“unsatisfactoriness”). On & on & on… the craving turns on autopilot (one’s whole world really) for more & better… better & more…

The feedback loop complete -- thoughts, behavior & actions leave a trace in the mind, making it more likely to motivate a re-occurrence of similar actions in the future. Neuroscience confirms this phenomenon that neural networks are physically created & continually updated until hardwired.

The Zen teacher Daehaeng Kun Sunim summarizes: “People are often careless about the thoughts they give rise to, assuming that once they forget about a thought, that thought is finished. This is not true. Once you give rise to a thought, it keeps functioning, & eventually its consequences return to you.”

Return as karma, that is... show more »show less «

The 7th century philosopher Dharmakirti cautioned that repeat encounters of any experience(s) often leads to “false awareness” because they construct a fixed concept of them that misses their unique quality in any given instance. In other words, concepts can distort, even delude, for they filter & pull a veil over reality. Which infers that holding an object or a substance’s fundamental essence is evasive. If all this sounds strange, well, consider yourself well-adjusted / in-rhythm then with your own being to question why on Earth are humans the only known species that invent & need philosophy to begin with! Silly crazy people hooked on introspection.

The good news: this same dynamic can be redirected with practice to rewire the brain with positive conscious intent. Meditation comes to mind.

It offers the possibility that addicts (such as chocolatarians) might control their habit & break the cycle of sugar, fat, salt… even Flor de Sol.

A bar from Fruition that vacuums anyone who approaches it into its chocolate vortex.
Appearance   4.4 / 5

For years San Martin has become a repository for the abysmal CCN in Peru. Either some other cacáo strains got mixed in this lot (for the benefit of Atlantic Cocoa -- the brokers of these seeds) or Bryan Graham of Fruition must be a magician.

Just as Satchmo Armstrong supposedly never read music (he anyways sure could play), Graham intuitively or intellectually knows what he does (probably a blend of both). However humble he appears in refraining from blowing his own horn, the guy's genius with compositions such as these.

Speaking of blending, this another of Fruition's customized blended batches. Tuned to ALL the right pitches, not an off-note among them. Plus those deeply & expertly embedded salt flakes, so enmeshed that the undifferentiated Texture betrays any trace of them. Gone. Except in the Flavor; though here too, Fruition scores it in such a deft-handed array with the dairy & vanilla & sugar that each sound off softly without any taking the lead, ironically felt more than heard, so to speak. Just a well-harmonized continuum of lifts absent any spikes or jags as their compatibility keep one another in check.

Fruition's a helluva drug. Its chocolate absorbs in a sultry tapestry everything deposited into it. And for a Batch No.1, Jesus, what could this guy be cooking up for subsequent tomes.

Falling off the wagon, again. Relapsed, any hoped-for recovery movement fails. Farewell, rehab. Like this, no quit. Swinging back up on the chocolate-chandelier… 1-2-3, 1-2-3, bite… to the peal of salt crystals.