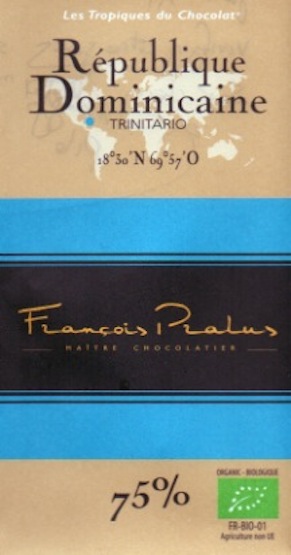 Impact
THE République from a Frenchman.

In the wake of the Charlie Hebdo massacre, a longtime friend living nearby in the same 11e as the offices of the satirical mag, sent this graphic in the modified Cartesian tradition of I ink, therefore I am: 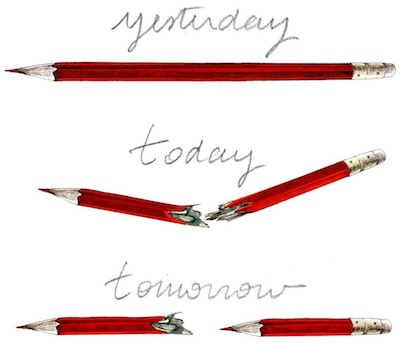 A humble instrument of defiance with which to seize the offensive ala the wisdom of French polymath Pierre Teilhard De Chardin who wrote: Some day, after humans have mastered the winds, the waves, the tides & gravity, we'll harness the energies of love. Then, for the second time in the history of the world people will have discovered fire.

Pralus has had no need to rediscover such heat ever since his now longstanding romance began to enkindle chocolate.
Appearance   3.4 / 5

Aroma   8.7 / 10
vivifying citrus grass, sharp as a needlepoint on a switchblade -> cuts right thru sour cherry & bletted mango -> diffuses chicory root
Mouthfeel   13.5 / 15
Flavor   43.2 / 50
that chicory diffusion in the guise of coffee leads off -> chocolate turns brownie -> feijoa at the edges, guanabana too… these fruit ride the brownie over a well-greased rail (thanks to substantial cocoa butter padding) -> bitter finger at the back of the throat (tobacco)
Quality   15 / 20
Odd that Françcois Pralus, having voyaged to practically every cacáo origin on Earth for his Grand Tour de Chocolat, overlooked the obvious glam-destination of the them all -- The D..R. -- until now. What took so long may simply be a matter of resisting the well-beaten path. Sooner or later, however, this island's abundant & succulent cacáo beckons all.

Also odd that, after co-packing for Duane Dove's Tobago and Berti Åkesson's Madagascar bars, Pralus nuances off none of theirs for his own bars (e.g., considerate roast, gentle conch, lighter lecithin) f. Nope, just full steam ahead on the heat.

République Dominicaine: an indiscriminant chocolate. Sure some of the fruit basket that characterizes The D.R. comprises the outer limits here but, make no mistake, the prime factor centers squarely on that brownie patch. Indeed, the CQ (Chocolate Quotient or basal cocoa flavor) is rivaled by few for this particular origin (Dominicana by Agostoni the top contender). Realized mainly in the Maillard Reactions / Strecker Synthesis to the chemical compound class called pyridines found in cacáo. In other words, at the hand of Pralus himself hitting the roaster button -- heatedly. A penchant that became his signature mark awhile ago.

At this stage of the game, no one expects any different from him.