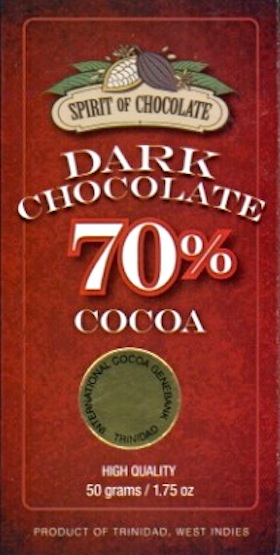 Impact
To many in the world of chocolate Trinidad simply means the home of Trinitario.

In reality, it's so much more.

The island basically became the Noah's Ark of cacáo, sheltering a raft of genetic strains in the wake of disease outbreaks that continue to plague groves just about everywhere since the 18th century.

Much of the work here -- which reverberates around the globe -- was institutionalized at The Cocoa Research Centre (CRC) of the University of West Indies in 1930.

Nearby is Marper Farm founded by F.J. Pound after his 1937-38 expeditions of the Amazon to gather primary germplasm from the cradle of cacáo diversity. 100 trees selected for their ability to resist the dreaded Witches Broom parasite anchored the collection. The trees at Marper, though now old, gave rise to the newer ICS hybrids (Imperial College Selections).

CRC also oversees another of Pound’s legacies – the Int’l Cocoa Genebank, Trinidad (ICG,T), established in 1982. It houses the world’s largest living collection: 16 clones for each of roughly 2,400 accessions on a 100 acre tract, In sum, over 20,000 trees -- far & away the most genetic cacáo material ex situ (outside their native habitat), with introductions of new material, either from expeditions or exchanges with other countries.

The 4 major types represented are Nacional, Nanay, IMC & a miscellaneous category that includes a little bit of everything (Criollo, Parinari, Guiana, & of course, genuine Trinitario).

Selections with desirable agronomic traits are distributed to cocoa-producing countries throughout the world via intermediate quarantine at the University of Reading, UK.

Beyond a mere refuge for "lost cacáos", the CRC strategically plots its own future along with cacáo's in leading the newly established Int'l Fine Cocoa Innovation Centre. The mission: resource development for the burgeoning premium chocolate scene.

Success would allow CRC to operate on more than a shoestring budget. Pathetic really that a $100 billion industry fails to take full ownership & stewardship of the fundamental raw material from which its profits grow.

This bar -- a forerunner to Woodblock Chocolate's Spring '15 release that retails for $100 -- benefits the maintenance of the trees plus the ongoing effort to rationalize the accessions & the database to avoid mislabeling, redundancies & generalized disorganization of such a vast & important collection, as well as breeding programs to improve chocolate universally.

Its flavor speaks for, & is befitting of, the island itself & the people who husband its treasure trove.
Appearance   3.7 / 5

Quite the edifice complex of gastronomic dimensions. At first the fractured melt threatens a major disappointment. Stay on it though & this bar starts the tease -- oh ever so gradually -- then ramps up the mellow, sweet-tempered romp but with full-spectrum hedonics: highs / lows across the range near & far… leading up to that penultimate chocolate-sugar gush. To be expected given the plethora, no, the superabundance of genetic material at the CRC.

On the subtle tip for sure; none of the abrasive 'here, this will scrape & scrub the taste buds like sand paper' bars so popular now among the choco(non)scenti irrespective of whatever quality they may be.

A little less butter would speed up the onset & cure some of the initial Textural woes which, initially unforgivable, turn forgiving. And give it does, nicely, to come true & replete with continuous supple nuance.

2,400 varieties & this supposedly inclusive of all of them, the good, the bad, the scabs & the fab. Practically a seed of each (unlikely in actuality); making this the ultimate super-blend. CRC cured them in small wood boxes, research-size batches for a week, turned at a 2-2-1 cycle to reach fermentation endpoint determined by temperature, pH level, & scent. Plans call for increased calibration utilizing an infra-red probe.