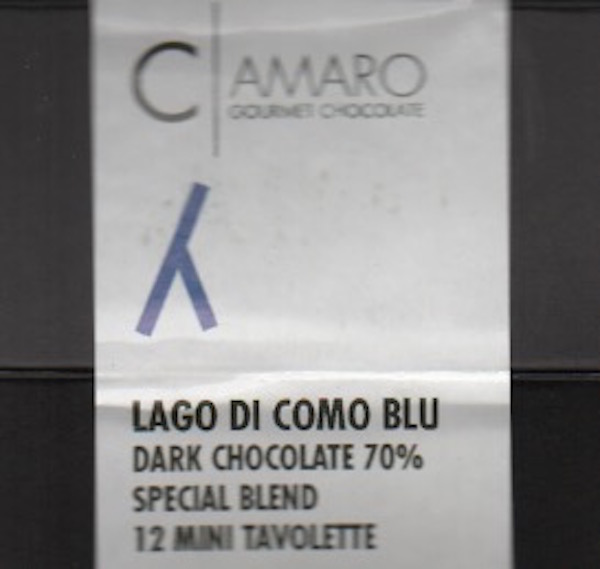 Aroma   7.8 / 10
another farmyard chocolate, this one dairy-strong, right udder the milking cows & the cheese factory across the shoreway
aerates up, diffuses out & settles down spiced cocoa dust
Mouthfeel   11 / 15
Flavor   42.6 / 50
cocoa -> nuts -> cream -> allspice -> decamps cocoa powder
Quality   15.8 / 20
A proprietary secret blend so no telling the constituent sources which comprise it. Safe to state, it encompasses several of C-AMARO's single-origins.

Subdued (save for the Texture, a bit off / really taut in the Beta VI+ range) almost to the point of a cancelling effect in some of the merging cacaos. The whole less than the sum of its parts, as though divided up with the remainder confined to some coastal Venzy-like chocolate. Flavor contour-wise so very smooth, ultra-controlled; nary a scintilla of neither bitterness nor astringency. A case of all cocoas lead to Venezuela?