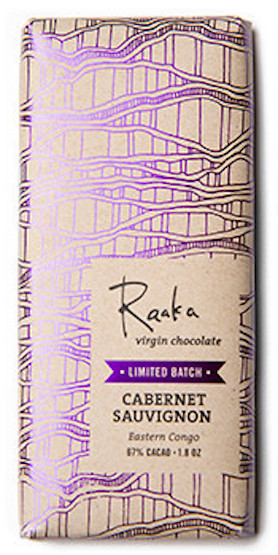 Impact
The problem with operating in & on chocolate is that, due to its stimulative properties attributed primarily to the chemical compound theobromine, it becomes impossible to heed Hemingway’s advice about "always do sober what you said you'd do drunk… That’ll teach you to keep your mouth shut".

Can’t do that here, particularly with this bar so let's digress further in this choc-talk...

The Dow-Dupont marriage appears on the rocks already, with their respective stocks pulling back. Bad chemistry or just feeling their way thru the mine field of tumbling commodity prices for polypropylene, polyethylene, polyvinyl chloride &, not to be outdone in this poly-amorous hookup, chlorine.

Why aren’t more people crying in their chocolate over this? Maybe because this is the real 'organic' in the "greening of America." Spurred on by hedge fund fucks, uh, sorry, “altruistic activists" in the pursuit of greenery. No doubt the CEOs engineering that $160B deal have humanity’s collective interests at heart.

On the face of it, bio-chemicals in this mashup of a chocolate bar smack of a confected version of Dow-Dupont: “raw" cacáo & rotten grapes.

The difference being, however, that at Raaka they truly are ‘altruistic activists’ who have the greening of the planet in mind. This bar exhibits as much by utilizing a forestry cacáo sourced via Ben Affleck’s Eastern Congo Initiative -- in a contentious if not quite civil war zone. Then it calms the tannic forces of that oft-ruinous relationship between wine & chocolate.

Aroma   8.2 / 10
impressively flat... lying under a pair of sweat socks... until a juicy red plume knocks those socks off
candies up a chocolate fruit basket
Mouthfeel   13 / 15
Flavor   45.6 / 50
Belizean-style grape pop surges in -> kind, yielding yet supportive chocolate backdrop -> fruits just bang the inner chamber (jujube / blueberrymore / blackest cherry) while chocolate downshifts into an inkwell -> slight caustic back -> rear vanilla
Quality   17.8 / 20
Let's be blunt: the overwhelming vast majority of wine-chocolate hookups end in a disastrous clash of the tannins. Especially when straight from the bottles & the bars ('sip this; now bite that'). Usually amounts to a crap shoot. The contrast typically pulls against each other like picking at a scab. Ill-advised except for the few who thru lots of trial & error prove astute.

Evidently the crew at Raaka frequent a hell of a lot of bars these days of both types -- drinking & eating their way thru a tight slipstream -- that slot of supreme complementarity.

The fact that Raaka never roasts its cocoa aids in abetting the union since most of cacao's compounds remain undeveloped. To get a taste of just the underlying cocoa base, this tracks closely to the Zotter Kongo.

Similar to other infusion experiments, Raaka steamed these unroasted beans over a simmering vat filled with Cab. Cacao's high-lipid content, so impressionable & receptive, makes the transference work. All of which betrays the list of ingredients without technically violating them: cocoa mass, sugar, cocoa butter.

Such a flush-paired blend... seamless as a soldered joint.