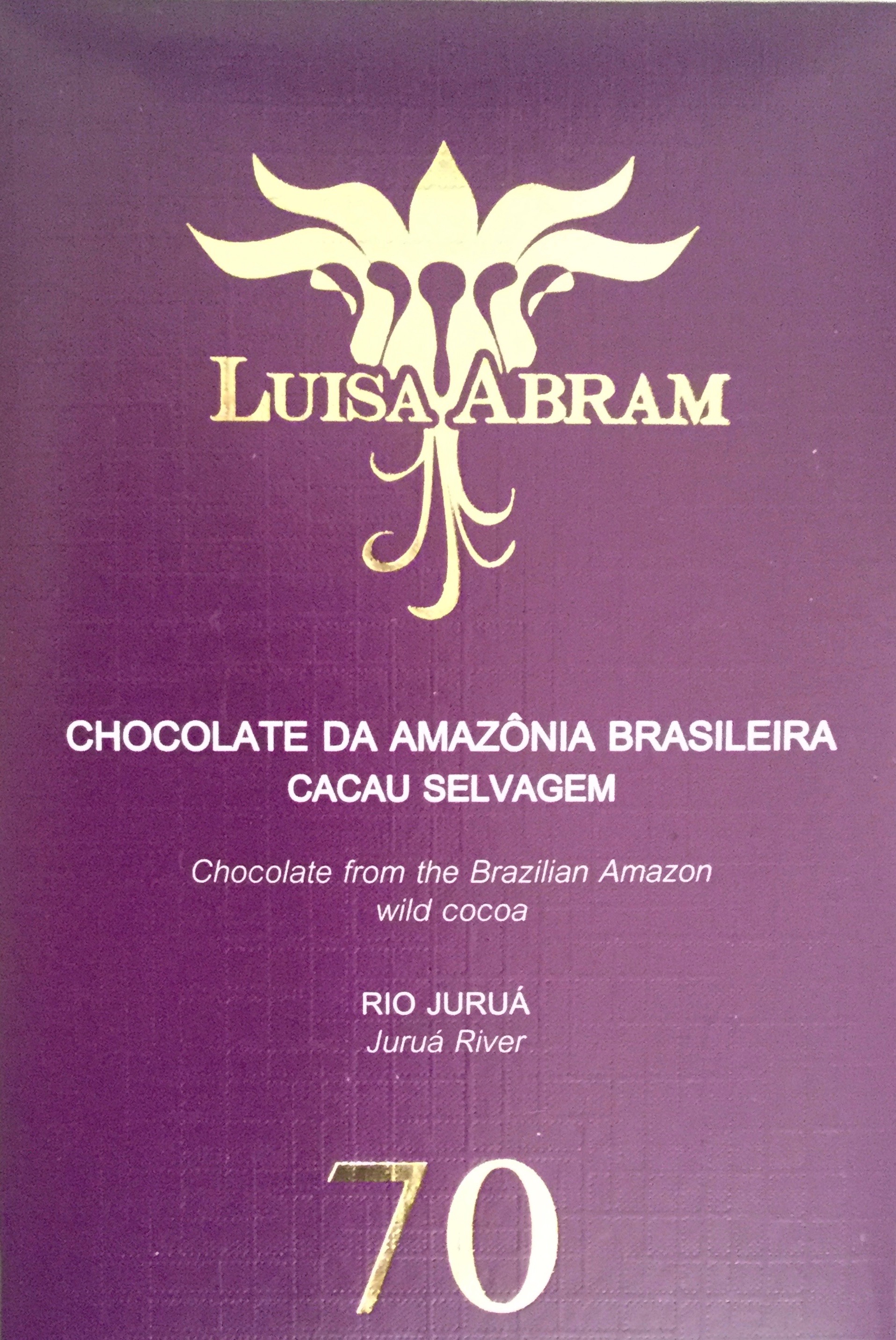 'New' in the sense of centuries if not millennia in the making in its home environs – Amazônia -- but unknown at least in the modern era.

Like discovering a new planet except wild-harvested in the jungle (not cultivated or farmed). Unique single-seed monogentics with the caveat that future developments may fill gaps in the int'l germplasm database to change interrelationships & its standing among them (hey, Pluto got delisted; just saying). A veritable heirloom. DNA tested, analyzed & verified.

This particular family of cacáo trees resides between Purús and Contamana, both geographically & genetically (natural botany often works like that).

Rios Purús & Juruá start in Peru. The former slides to the Madre de Dios basin & the latter towards Uyacali. A ridge in the Fitzcarraldo Arch separates their valleys which might account for the genetic drift from each other.

Juruá boasts some of the largest cacáo trees on record. Ever since Chandless surveyed the region in 1868 & collected pods from there, its cacáo drew comparisons & links to that in the Ucayali basin. So much so some consider one a subdivision of the other. If indeed closely related as a genotype & intertwined, the question remains from which one did it originate.

Yum it up, chocolatarians, before Big Data with its digital plant mgmt of robots ‘n drones racing against "pests" & Big Ag with its GM cacáo, chemicals baths & designer chocolate muck up the transgen future (transhumans inclusive). 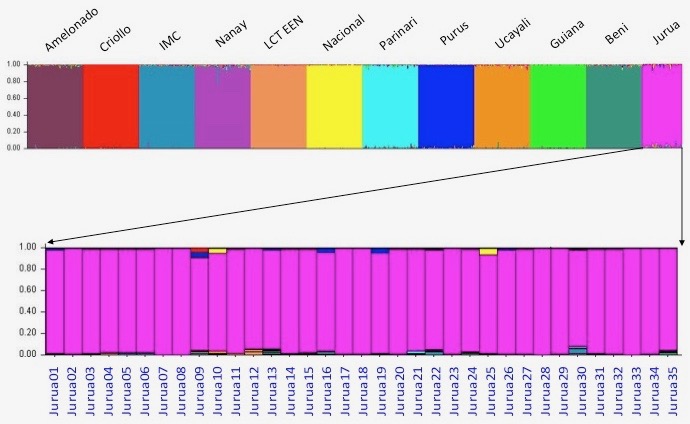 Code Pink: 35 random samples picked from up & down the Rio Juruá basin. The color pink marks the spot for Juruá's unique DNA cacáo on this genetic graph which covers... virtually everywhere. It indicates a purebred strain with li'l-to-nil cross contamination from other genotypes.
Appearance   -- / 5

Far from complex, as expected of a monogenetic thoroughbred, but, wow, what a simplex.

Brought to the world by ace cacao-hunter Andre Banks, his barsmith daughter Luisa Abram, & CINTRA (a co-op organized by 7 brothers -- scions to a rubber baron in the area). Their families comprise the entire community of Novo Horizonte. Other families dot the riverside further along its banks. Helpers pick & collect the cacáo for transport to a central fermentary, curing the seeds for up to 6 days. They dwell in one of the most pleasant stretches of Amazônia at the river head often topped but not shrouded in mist. And so few mosquitos!!

The chocolate reflects the region as well as the characteristics of the cacáo pulp. Pleasant with an extra long persistence at that front-loading fragrance – this cacáo’s linalool compounds just spraying the floral mists.

Not a Contamana (aka Scavina) with its planar / grounded flowers but here vaporized / diffuse / rarefied, the difference between petals vs. perfume. Nor the pronounced lactating dairy tones of Purus; in Juruá a mere undercurrent. Call it a ‘flavor hybrid’: the floral aspect of one & the cream seam of the other.

This vintage, harvest & iteration expresses the greatest florescence of any chocolate on Earth. Pardon the pun, bar none. Even people with their nose cut off & tongue torn out can sense that.