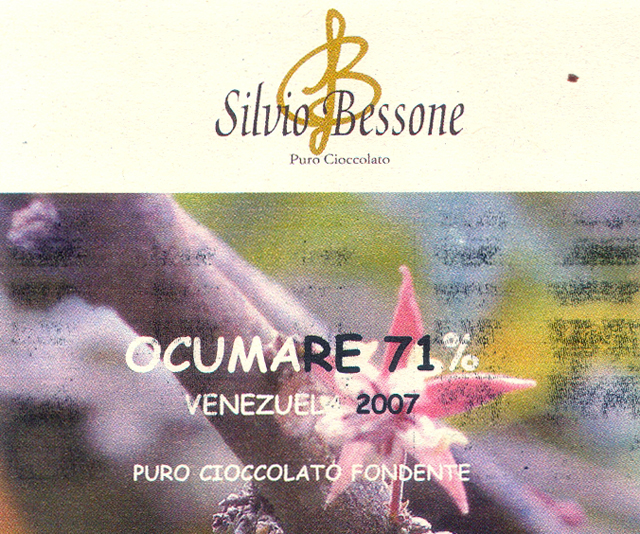 Aroma   9.4 / 10
the chocoscenti talks about the overtone series in Ocumare (especially spices which this too exhibits) but often overlooked (see explanation below in Quality section) is that it gets right down to inmost chocolate-chocolate (witness Coppeuneur’s undeservedly-criticized version of it, a classic case of Nick Cage’s bitches whining about things while winners go home to fuck the prom queen): this grabs HUGE air on Monster baked hazelnut-Brownie (an example where you almost catch more the FARTHER downwind you go) -> unmistakable caraway beneath w/ poppy & black pepper, together respire to punctuate chocolate mass, the latter the lead-in to fuchsia (red grape backcrossed to pepper) -> exhales tobacco on a wet horse bathed in coriander (but instead of traditional bergamot / lemon citrus note it paves lime-stone)
Mouthfeel   12.1 / 15
Flavor   41.2 / 50
take the Aromatics, add vanilla, then multiply by charred cookie dough for a surviving red fuchsia
Quality   16.1 / 20
Another unfailing offering from Bessone. Flat-out baseline chocolate dangerously on the edge of burnt-out but pulled back from the brink by that endearing fuchsia... &, so, ultimately painless, however harmful.

The scale & tone suggest Ocumare 67, though the label swears by ‘Carenero Superior’ which may have counseled deeper roast. This bar represents then another intersection between an outside seed-type introduced into a named-region (in this case probably the cacáo nursery & distribution network of the Franceschi family operating Hacienda San José in Venezuela), further complicating the puzzle, puncturing notions of varietal/origins that are all too commonplace in the mottled patchwork of early 21st century cacáo so it becomes plain guesswork, nearly impossible to proclaim anything as fixed & solid, let alone permanent, about the matter.

In any event, too many bar-smiths approach the origin with the high firing pressure of heat (the aforementioned Coppeneur or the worst culprit – Soma) when it requires cooler heads to prevail with lower temps & length to preserve greater spectrum in the flavor bank.