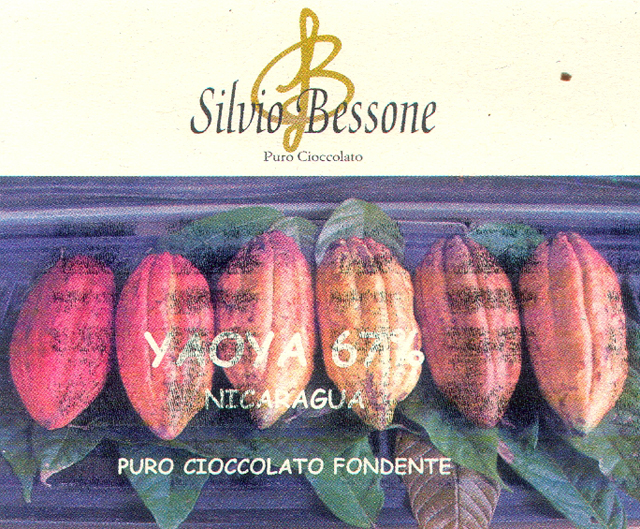 Impact
The Beauty & The Bug...

Yaoya has nothing to do with Yao Ming or Yo-Yo Ma unless maybe buying into Gavin Menzies’ tale that Chinese Treasure Boats ‘discovered’ America in 1421 after all (some 70 years before Columbus -- just before the Ming Dynasty withdrew its maritime support & pulled all ships back into port, & named this place that belongs to Amerinds in northeast Nicaragua from where the cacáo in this bar presumably hails.

Bessone understands that good chocolate can come from humble origins, just as his compatriot Italian chemists during the late 1600s realized that the vivid red dye responsible for electrifying tapestries hung on the walls of Europe’s palaces were not from some exotic vegetable but the dried bodies of dead insects (of the cochineal from Mesoamerica). Only female cochineals did the job - as usual - although it was easy work figuring how they outnumbered males up to 200-to-1 in the herd (& women in LA & NY think they got it tough?).

Far from the sexiest chocolate hotspot like the exclusive reserves in D.R., Venzy, Madagascar, Soconusco &, how can anyone possibly forget... oh no, please, not another Ecuador!), Bessone goes off the beaten path, bitten by the travel bug, venturing into the interior of Nicaragua’s mosquito coast to search for different if not altogether better cacáos; maybe not special per se, just that something else.

He finds in Yaoya a little bit of hard-fought virtue.
Appearance   4.4 / 5

Very easy to relate to... an everyday eating bar.