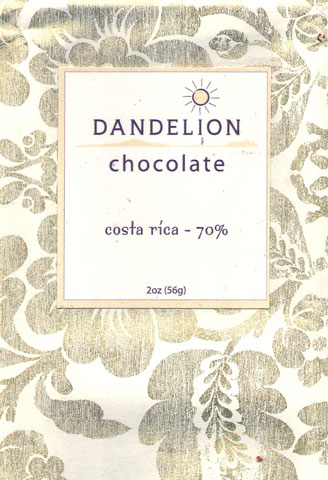 Impact
Practically everything worth anything that bears the once-proud / now-rare 'Made in the USA' stamp started up in the garage. PCs, rock bands &, of course, cars all had their humble beginnings in them.

Other than the treasured jewels of the country's outdoor Nat'l Parks, the garage represents that most American of spaces, whether attached to the home or out back in the yards that spend across the Great Plains to the Rockies, dot the North Coast along the Great Lakes, & the Bayous from sea to shining sea. Almost makes you want to re-pledge the allegiance.

Slouch potatoes of MTV Cribs or Extreme Makeover ogle over tricked bathrooms that may be key in any house. And the best parties sho'nuff usually end up congregating in the kitchen. But the garage consolidates both in the sense that gearheads, nerds, geeks, artists, visionaries, creatives all toil away there -- some in solitude, others in groups -- to conduct the official business of personal living in going some distance to satisfy the urge of figuring out & tweaking who we are & what we do. As such, there's really no substitute or synonym for it because it's as singular as each individual who works in one.

Little wonder then where Dandelion got their start... the garage as symbolic seed bank to germinate their ideas.

Cacáo, the great American botanical, originated in the jungles of Amazonia, moved to Central America to be invented into chocolate, then onward up to North America for its large consumer market.

This bar is crafted with cocoa sourced in Costa Rica, right in the middle of that chocolate lore & history, encompassing All-Americas.

Wine has its cellars & beer the basement -- bunkers Americans hide in during tornados. Those Olde Worlde alcohols should be hauled in front of a Congressional sub-committee for Un-American activities. The only land-use policy worse than a golf course is Napa's vineyards.

Chocolate has the garage where it belongs. Its mobility alone adheres to the principles therein: a temporary transitory spot before heading out on the freeways of the world. Its technological achievement -- one of the greatest human inventions in taking essentially a bitter bean & transforming it into a sumptuous treat & the planet's favorite flavor -- further cements the bond.

Indeed, one of the finer purveyors in North America curating a smart collection of bars is located nearby to Dandelion. Aptly called The Chocolate Garage, its savvy chocorator (a portmanteau of chocolate + curator / the equivalent of a sommelier, & more than just rhymes with 'carburetor', it acts like one too) is Sunita de Tourreil.

This bar, an early Model 'C' loaded with a full-block engine dropped in it, can be spotted on her shelves.

In actual chocolate terms it's pretty commonplace -- both as an origin & a genotype. The Census already counts over a dozen entries from here. Even a boxed chocolateer -- Gail Ambrosius -- DirecTrades CR cocoa for her couverture.

This one is from Hugo Hermelink's "northern campus" in CR. Some type of "Trinitario" (whatever exactly that means; re: nebulous hybrid).

Dandelion processes a significantly altered take on the same seed compared to Potomac's Upala 70%. A rumbler without that bar's brilliance... the difference between raspberry & raisin (this swaps out the berry for the grape & generally backs off the processing in a lighter touch). As with Dandelion's Madagascar, very little chocolate in play here; mostly nuanced instead. While developed (perhaps overdeveloped), it simultaneously is unrefined in flavor. The kid-stuff of grape candy; ditto the Milk Dud™, & that raisin towards the end sticks out a sore thumb.

On the plus side, it never veers off into any ditch or gets a flat.

One reason: the caramelized under-coating.

Just as Amano at its outset went for cherry-inflected Tahitian vanilla to suit American taste preferences, Dandelion's technique picks out caramel to the same end. And it ably sustains the bar.

Overall, however, the chocolate gods sit unmoved on the lap of the breeders inside CR's CATIE genebank busily engineering clones which they've littered across the landscape.

Dandelion does its best. Do the scientists understand that a new wave of chocozens -- global chocolate citizens -- demand the same of them?

Otherwise cacáo might be better off if they just sleep on it during an endless siesta.