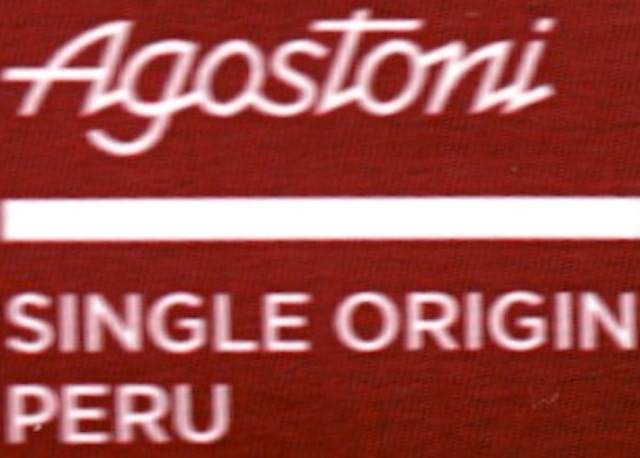 Impact
Sourced from the San Martin district of Peru, a regional area tasted before via Tcho and Willie's among others.

Specifically, in this bar, Pachiza... located along the banks of the Rio Huallaga, a basin rich with cacáo diversity.

Pachiza was once part of the religious-jungle fervor created by Franciscan missionaries converting forest dwellers to Christianity & "civilization". St. Francis himself after all loved wildlife & nature generally. He reportedly knew how to commune with them. Birds, wolves, rabbits, & fish were all his friends well before FB & Tweets. They sat on the receiving end of his sermons. Supposedly he could preach to trees too. That takes some supreme divine talent & possibly an inspirational guide for Jim Walsh's Intentional Chocolate play infused with spiritually-evolved goodness, or goofiness, depending on one's perspective.

This is less strange than it sounds. Prince Charles & others, for instance, believe plants do better if spoken to in a soothing & encouraging way. But given what Christopher Hitchens said of Prince Charles' conversations with the inanimate, turning the heir-to-the-throne from “an advocate of harmless nonsense to positively sinister nonsense", & the de-apotheosis of Mother Teresa as a holy fraud, Hitchens might indict St. Francis for crimes against humanity & nature.

Enough digression. Back on point: had St. Francis lived during the age of discovery in the New World, he no doubt would've given his blessings to his brothers of the order, that all men & women share in concert with the midges & the monkeys the transubstantiation of cacáo into chocolate.

Bigger than a boutique studio (Taza for example), smaller than an industrial candy giant (re: Mars™), ICAM/Agostoni fits the mid-sized slot similar to Guittard in the USA. Both cater to the professional trade (restaurants, bakeries, hotels, etc.) & only dabble in the premium sector as a side-bar.

This particular Grand Cru begins by suppressing Peru's traditional firepower. Technically a couverture, it contains slightly higher cocoa butter content for greater flow characteristics & workability in the kitchen for making truffles & pastries (though the Texture belies this intent). The roast also contributes to taming this origin's feral nature. Together, the butter & roast combine to create a chocolate of low astringency & nearly bitter-free (except those charred Oreo™ FXs).

Neither separately nor in combination can they altogether squash the inevitable: an unexpectedly fecund Taste (compared to the rather base Aromatics) from a melt that unleashes a multi-variegated Flavor Profile which holds its center around Spices/Herbs.

Much is owed to the skilled cacaoteros / Bromans / growers in Pachiza who faithfully ferment in accord with the seed type & the territory.

A welcome addition to the Peruvian portfolio.