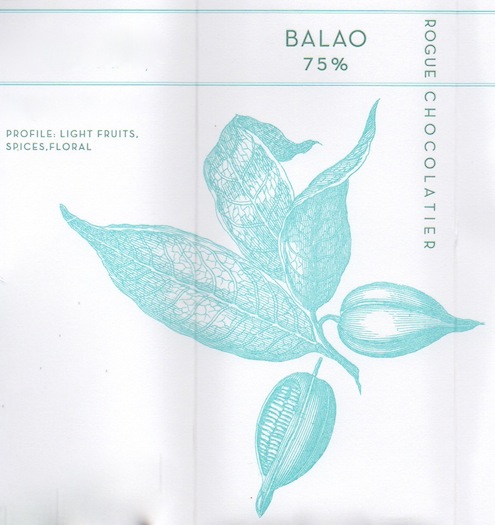 Impact
During a masterclass at Juilliard, the pianist Gregory Sandor, touted as Bartok's last student, declared 20th century classical music an "error" & "aberration". He referred specifically to the sound-jacking called serialism. Its influence applied an academic death-grip on practically every conservatory where students invariably wrote compositions based more on mathematical models rather than musical merit in order to obtain grants.

Of course culture moves in an array of different directions with many crosscurrents & undercurrents. So please excuse the gross simplification that, notwithstanding Bartok himself, Mahler, Stravinsky & a few others, only when the likes of LaMonte Young & the just intonation in his Well-Tuned Piano (in contrapuntal distinction, so to speak, to Bach's Well Tempered Clavier) did modern classical music start to sound listenable again.

Ditto the cacáo of Ecuador & chocolate derived from it.

For the longest the country's Arriba Nacional won plaudits as a fine-flavor warehouse. This lasted well beyond its heyday. For example, one industry body went so far to proclaim 75% of the harvest there as fine-grade during a bumper crop that counted mostly under-fermented, poorly-dried CCN-51 -- a dumb, closed & tasteless clone if there ever was one -- which had supplanted Arriba Nacional on many haciendas.

Truth be told, Nacional gained fame only upon the collapse of fabled Criollos in Mesoamerica & the northern coastline of South America that buckled under from devastating diseases & agricultural exhaustion. Wiped out, the chocolate world turned to Ecuador for an inferior but passable substitute.

In time it too of course suffered the ravages of disease, particularly the dreaded fungus Moniliophthora perniciosa (aka 'witches broom') -- ergo the introduction of CCN-51.

Some good news over the horizon: a Reactivation Project implemented by the Ecuadorian government for the cocoa sector was launched January 2012, largely in reaction to the recovery of genuine Nacional in Peru no less (a neighboring rival) that became Fortunato No. 4 chocolate. Fearful of losing altogether what it formerly considered its exclusive Nacional heritage, Ecuador has set out on an ambitious 10 year plan to rescue a once proud cacáo that fell into ruins.

It aims to renovate 75,000+ acres of standing cacáo trees & plant double that acreage with new trees to replace less profitable ones. In the process it hopes increase the country's annual exports by 250,000MT.

Key to meeting these objectives is the establishment of nurseries, infrastructure development & technology transfers to make all the results available to small producers. With one such nursery -- La Victoria -- already sprouting up & vaulting to the largest in the country, expect more to come (as many as 20 or so).

Initiatives such as that & bars such as this signal that the fortunes of Nacional & Ecuador have turned a corner. They've a ways to go but at least they're back on the road to fruition.
Appearance   4.8 / 5

Aroma   8.6 / 10
twig petrified to bluestone -> orange marmalade spread -> knifing mango cuts thru from a ferment on the verge of a microbrew (no stout or port but lambic) -> relaxes more toward tea (orange pekoe)
Mouthfeel   13 / 15
Flavor   46.4 / 50
choc blast right off the bat -> brownie magick shifts it to a grilled chocolate nuance (in a quick throwback to Rogue's earlier oven days) -> turns sweet on mango in a beautifully if only temporarily syncopated note, then more dramatically / suddenly bumps up a cognac cask, not the distilled liquor but just licks the dried sidewalls clean... fills-in with thick, brooding inky treacle (not quite molasses) flirting with buckwheat honey... darkens toward a black-out... black fig (mite Fig Newton® biscuit too)... sinks into fresh tar-cum-star-anise... stuck in the pit... no escape, with a natural onlay of BIG bourbon vanilla (emphasis bourbon)... even after the green leaf endpoint -> resurrects alkaline cocoa & orange pekoe in the post-life to resonate with both the Aromatics + the opening Flavor
Quality   17.9 / 20
Underwhelming in relation to the hype so just ignore that & appreciate this for its intrinsic worth.

Grown by Vincente Norero who tends to some 1,000 acres planted with Theobroma cacao on his property Camino Verde (incorporated as Cocoa Sulagro) in Balao -- an area in Ecuador where the under-sieged Nacional has gone to survive.

Liner notes exalt how carefully Vincente conducts his post harvest; sorts cacáo fruits by phenotype (shape, size, appearance); & for this bar combined 2 specially-sorted lots "to create the world's first single-farm blend". A bit of an overstatement since many estates cultivate natural (re: haphazard) blends, the most notable being Chuao. The degree of due diligence here may indeed by unparalleled.

Left out is that any barsmith sourcing cacáo from Vincente can select up to a half dozen fermentation pre-sets performed with proprietary-level regulation (probable starter cultures / inoculums). Designer chocolate, in other words; so that this Baloa of Rogue differs from that Baloa of Ritual.

The last enticing piece of info on the wrapper speaks of a flavor-profile with "light fruits, spices, floral". Translation: heavy bottom. Almost claustro-flavic... so dense & deep with little light / space between the tags. A dark patina on the edge of a dim pall.

Despite the 2 ferments comprising this chocolate -- delineated as 1 pile floral / green / herbal & the other spicy / woody / fruity -- the bar shows limited range & length even as it delves into some terrific depth.

Admittedly, middle-agers whose taste-buds slink towards senescence will extol this as a means to awaken the senses & re-up testosterone levels (for females as much as males now that both are injecting). Hey, at a certain point the craving for the hard stuff kicks-in when the papillae / taste buds grow desensitized as the id inversely expands. Ergo, the need for severe cacáo. The same dynamic happens with hearing -- moving from pop to rock to hip-hop, alternative, jazz, classical, then a mash up (think Christian Howes), & finally death metal.

The sensational frames at the beginning of this bar are short-lived. By mid-palate, no flowers could sprout from that black-out which dominates to the rear & seals off the upper passages. But what an enveloping darkness it is.

Incredibly clean evacuation; absolute zero astringency on the way down. A sign perhaps of just how much Rogue rubbed the volatiles out in the conche (including many flavor tags too; hence the heavy bottom bass / base as well as subpar haptics / resistant Texture, possibly exacerbated by over-tempering in the cooling phase). Still, the descent so smoooooth & never plunging into all-out burning ash-phalt (for the exemplar of that category see Mast Bros PNG). The profile here holds together extremely well.

If it could just transmute but a few of those tags into a slight uplift, which could allow some florescence, this would be a full-spectrum blowout, possibly rising to stratospheric heights. That might sabotage the maker's intent though. And maybe it's not in these varietals' DNA anyways.

With Rogue Colin Gasko ensconced in his upgraded facility, the results bear some resemblance to Domori who also overhauled equipment recently: both exacting yet encumbered, seemingly, by the weight of it all. Machinery & technology... the handiwork, even soulcraft, that marked their ascent now feels a little automated. A similar plaint currently dogs Rogue's Piura whose once fab raspberry sunburst has disappeared because of it.

Perhaps just the evolution of business.

No escaping that such a bottom-feeder taste makes this Balao more abajo (below) than arriba (above).