Impact
Art has always been food for thought. Nowadays food is art, at least according to the Dallas Museum where nearby 72-oz steaks amount to mere hamburgers. Artist Stephen Lapthisophon's show -- Coffee, Seasonal Fruit, Root Vegetables, & Selected Poems -- examines with a microscope the materials of everyday life. Bascially Warhol 3.0.

Evidently that message gets to Rogue, now enmeshed in synesthesia, a veritable gallery of flavor & visuals on exhibit in this bar.

Rogue taps a fellow renegade for the jacket's graphics; 3-D geometry; cubist Toblerone (click image at right to enlarge). Then trumps Zotter's artist-in-residence by feeding customers a Mies Van Der Rohe maxim (God is in the details). While the Barsmith section of this website relies on the more conventional 'devil’s in the details' to account for the vagaries in chocolate-making -- which infers God presides over their apparent consistency for order amidst chaos -- this nod to meticulous detailing signals an ever emerging Rogue aesthetic. show more »show less «

Keith Haring imitati with scant trace of happy minions or fibbed sex akimbo. The color grid must be the sigil for the grassy knoll promised in the liner notes to this Dark Chocolate that goes greener than green… colon green -- which leaves behind biotics for the brain. Semiotic mindwipes for smirking false-believers in the memeplex endgame of winners & losers laughing all the way thru the mediaversed glyphs -- polygons stamped onto street lamps, custom T-shirts, chocolate wrappers, & right into adipose cells that comprise the tattoo bar codes at the tailbone’s lifelong break points of tribal conformity.

This continues to keep hipster post-minimalism afloat so as to ensure that ecological intelligence remains one of Daniel Goleman's shining truths of embedded techniques from Victorian industry occulted in the gene pool, into the future nanobots' code, hollowed out forever into cartoon pretzels for overt belief in prosumer power. Sure it has the populous so far over Niagara's barrel that no one knows if they’re coming or going but, either way, smashmouth-gobsmacked... with pleasure.

Frankenthaler, who took a decidedly different tact & hue in her work, comments: "A really good picture looks as if it's happened at once. It's an immediate image. For my own work, when a picture looks labored & overworked, & you can read in it — well, she did this & then she did that, & then she did that — there is something in it that has not got to do with beautiful art to me. And I usually throw these out, though I think very often it takes 10 of those over-labored efforts to produce one really beautiful wrist motion that is synchronized with your head & heart, & you have it, & therefore it looks as if it were born in a minute."

Finally a label that calibrates Porcelana at or near its correct pitch -- 80% (Pralus the prior heavyweight at 75%). Which puts to rest any arbitrary notions of a certain cacáo-content percentage representing some benchmark.

A while back the editor of the C-spot® encouraged the barsmith from Rogue during a keynote panel of a chocolate festival to offer an outlier bar at $25 per, as a sort of tine to addressing some of the macro socio-economic issues ailing the field which this site discusses at length on numerous occasions. Rogue demurred, saying the market "isn't ready for it". Well, at $18 a pop -- the price territory of Bonnat Xoconuzco & Éclat Good 'n Evil -- perhaps it's getting there. Chocomanes should be flattered to pay it for that valuates upward their obsession... in the memory bank if nowhere else because however quasi-auctionable / collectible the cost, this won't sit on the shelves or in the cupboard.

If Balao heralded Rogue's newer style, Porcelana 80% confirms it. Though discrete they share a similar bend, a pneumatic quality. This more confined & constricted in a narrow slip, exemplified by that tightly-wound, high-strung Texture.

Rare interpretation: The Porcelain Eclipse… of blinding vision as the pall sets in. Nothing sumptuous. Hardly a peaches 'n cream affair. Unless in the Goth sense with mascara bleeding on the sweetheart-cum-vixen. The spot of darkness alluded to in Coppeneur's Porcelana envelopes fully here, practically pole-to-pole, as with Invictus, foreshadowing at first then overshadowing at last.

Cocoa nuts rolled out & stretched into chocolate liquor amount to a canvas for the Roguester's handiwork.

Essence
Stark
Austere... to the edge of severe.

Cerebral rather than visceral.

Rogue externalizing its inner-Domori. That Italian house underwent an additional shiver in tone with a shift in equipment starting with Guasare, a genetic & geographic cousin to this Porcelana. Ditto Rogue. Each attaches a certain cool to their radiance.

The refinements highly rarefied & pinpoint precise. Both countenance a regal reserve, a photoshopped polish that borders on the inanimate. Beautiful stasis, unmoved. The mannequin model viewed in too many layouts -- distant & at a remove -- & all the better for it due to its fragility that the slightest breath might crater. Shot in B&W of course, an ode to an André Kertész still life more than an Edward Weston or Ansel Adams.

Few shall dislike it; fewer still can love it. But its ultra qualitative finesse is undeniable. 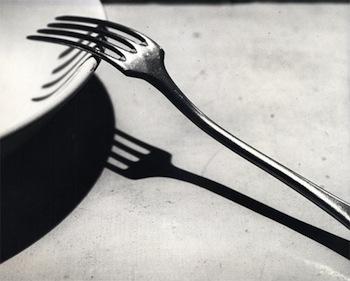