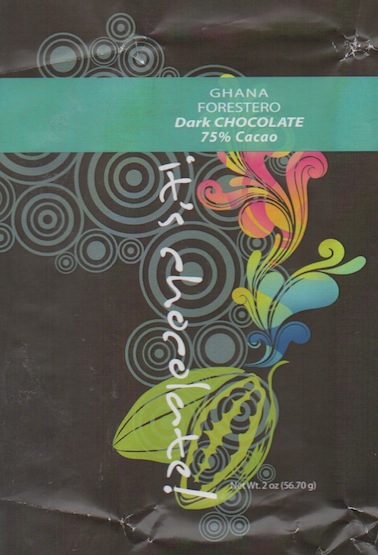 ***********************************
Ghana – once a pristine wetland & now a digital dumping ground; the smell of burning plastic from computers, TVs & other cast-off electronics shipped from the other side of the world, initially conceived of as a donation campaign to help bridge the digital divide.

So lucrative this has become big business with its own industry name: e-waste.

Many of the hard-drives contain the personal info & intimate details of their original owners, data that becomes the lifeblood of scams.

Also in the cache: breaches of confidential material, compliments of throwaway hard-drives from American defense contractors & security agencies. This makes Ghana among the top cyber crime depots on the planet. And just one way that emerging markets develop a taste for hi-tech while the “First World” demands their soft commodities like… chocolate.

Among other re-cycled bits of waste are an ever expanding army of hybrid cacáo clones hatched by organizations bent on improving (an elastic term, as used here) the African cocoa sector.
Appearance   3.5 / 5

Aroma   8.7 / 10
what here?
none of the traditional big-block chocolate out of Ghana, just a breezy piña colada instead
how's that?
well, when the 'big one' erupts along the San Andreas fault, L.A. supposedly shall drift into the South Pacific hmmm, perhaps West Africa already severed from its continental roots & drafts off the Caribbean as it floats lazily in that direction
Mouthfeel   11.9 / 15
Flavor   36.1 / 50
cocoa dust in a musty dried flower bed (moringa & peach blossoms) -> coconut hangover from the Aroma -> frays into cobwebs & muslin / urena fiber plant -> cassava & sorghum to gum arabic -> resurgent coconut-cocoa cream thru to the ending -> vanilla & artificial cinnamon -> cherry cough syrup in the post-nasal drip
Quality   12.3 / 20
Forestero [sic] -- now a crude & anachronistic classification of a cacáo varietal.

While it's chocolate's processing has a hand in the outcome, the rather odd & bizarre profile herein belies Ghana's traditional cocoa prowess on which it gained renown.

Brokered by the reputable trading firm Atlantic / ECOM which seeks valiantly to procure flavorsome traditional cultivars elbowed out by aggressive hybrid crosses & in so doing redress traceability issues at the source. Quite the challenge even for a company with the resources to navigate Ghana's cumbersome network.

Since when did West African chocolate turn into a flower show? In the past, such impressions were thought to be caused by Cameroon cocoa (which once boasted staggering diversity) smuggled into Ghana's export trade. The first account of single-origin West African with violets traces back to a Mars research bar. Tantamount to stuffing a Jurassic super-heavyweight bodybuilder into a little girl's dress.

With Mars & other companies sponsoring breeding programs (such as the "Mercedes" super seed so christened because the hi-tech clone yields up to 3 tons/hectare – a 6-fold increase over the average!), expect more of it.

For instance, cacao business development opportunities tied to social enterprises like Kone's WELL Africa have sprung up touting Mercedes. It's poised to overrun Amelonado & its various offshoots that were the foundation of West African cocoa production for the last half century. Flavor was not a large consideration in the Mercedes breeding (though some profess otherwise, even going so far as to champion its superior taste). The design was primarily for disease-resistence & drought tolerance &, as mentioned, production.

From a cacao conservation perspective, this, frankly, is of concern. It poses one of the reasons why Sir Gary Guittard (beknighted here for his lifetime exploits in all things chocolate) & others formed the Heirloom Cacao Preservation initiative (FULL DISCLOSURE: the C-spot® is involved in the HCP ).

In a conversation awhile back, Guittard bemoaned that that classic earth cocoa from West Africa was disappearing, displaced by these newer hybrids.

Whether or not this bar contains the byproduct of the above research, Guittard's fears are being fully realized. Such poor structure, of a certain plasticity, to wonder whether polymers swapped in for polyphenols. Flavor tastes highly altered. It checks all the boxes -- low bitterness / innate sweetness / scant astringency, no doubt a high production seed. No egregious objectionable attributes, but nothing to recommend it either.

'Simple' & '1 or 2 dimensional' hardly convey the void this cocoa introduces to which all may enter soon enough. Its lone virtue doubles as an annoying vice: length… fairly long in duration.

If this indeed represents the next generation cocoa, then the breeders are driving the cacáo groves into the muck… a case of science gone bad & mad.