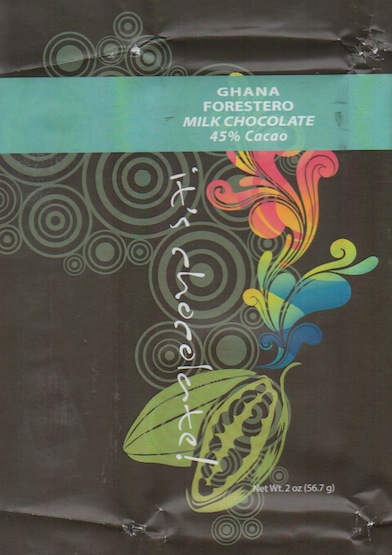 Guys, to avoid litigation, try this bar as a substitute for dreams made flesh. It lasts long, seemingly as prolonged as a day on Venus.

Yes, being Valentine's it's time to remember that because Venus rotates very slowly on its axis (taking 243 days to make a complete rotation), a day on Venus is longer than its year.

Both that planet & this bar serve as a reminder to make love -- long love -- all day, which on Earth means almost all year long.

No salt added, or at least listed, & yet all sorts of savory in this. Particularly during the 2nd half. If actually none, then dairy contributes those saline effects. They, in turn, decrease perceived sweetness.

Rom Still of it's chocolate demonstrates that with each additional layer of manipulation -- from a Dark Vanilla to this further enhanced Milk Chocolate -- the barsmith can produce both greater & better flavor on a fraught seed lot.

Which bodes well for the venture, especially when it starts to procure real pedigreed cacáo.