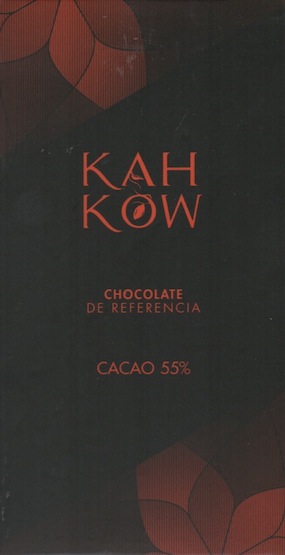 Impact
On paper 55% usually signals a bar for the teething set still weaning off Milk Chocolate.

This Dark, which barely qualifies for the category, plays harder on the the gums (Texture) than on the tongue (Flavor). But there too it balls with a certain swagger for such an under-muscled frame.
Appearance   3.8 / 5

Though sweet, it rarely cloys. Better still, it integrates the sugar, indeed compensates for all of it, by over-refining the particles to undetectable microns in the Texture which, alas, gum up the works some.

All things considered, an impressive constellation & concentration of flavor pooling together.