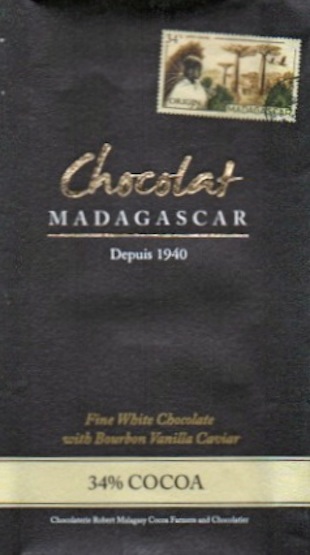 Impact
According to Joseph-François Lambert, the royal family of Madagascar gave him the exclusive right to exploit all minerals, forests, & unoccupied land on the island in exchange for a 10% royalty payable to the crown.

With this arrangement, called the Lambert Charter, plus some crucial intervening events, he founded the Companie de Madagascar in Paris as a joint stock company. It in effect controlled public works projects (logging, road constructions, digging canals etc.), minting coins, exclusive mining rights & permanent title to the land… a sore point of contention for any sovereign & independent nation which eventually led to the Franco-Hova War that resulted in Madagascar becoming a French colony.

With a) the French spelling of chocolate & b) flavor profiles that lean in the direction of France (particularly the cocoa butter content) coupled with c) cacáo from this island in Oceania, Chocolat Madagascar in effect calls for a lasting truce.

A 70% cacáo-content clearly endowed with the DNA but the post-harvest handling & storage fail it... at the start. By the end the bar conforms to the Aroma & origin but what a struggle getting there. Attribute that to an overly buttered track. Determined resolve leads to a wondrous resolution however.

Murky like its Dark sib. Once more butter obscures the works, & possibly rancid at that. With added butter & lecithin, Chocolat Madagascar should've gone full monte on the make-up kit & added vanilla to go along with them. It probably would cover for some of the defects.

Judicious use of the Bourbon vanilla spice, what Chocolat Madagascar labels, beg your pardon, "vanilla caviar". Who can blame the elevation for a) this island nation of course tops the world in vanilla production & b) the interplay here rises to the best of this 3-bar set. Just enough to lift the milk off the sweaty mat & buttress the cocoa butter which needs the seasoning since it lapses a bit vacant; quite mild (despite un-deodorized) except for that early hit.

Considering its relatively subtle nature, Chocolat Madagascar might do well to increase the cocoa-butter content from 34% to 40% to top the world in yet another way: among the weightiest Whites around.

Capsule Summary -- Another all-in in-country play ala Menakao and Madécasse (the former the leader of the trio). Of secondary (the Dark) or even tertiary quality (Milk Choc) salvaged by a worldly White.