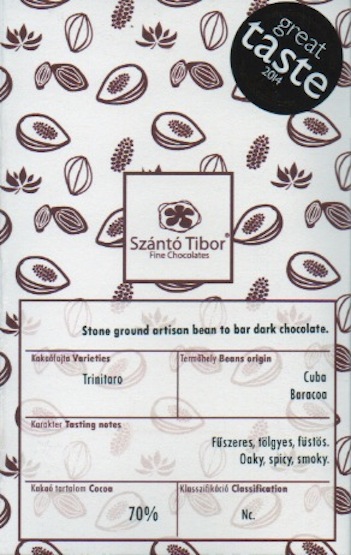 Impact
Someone on the street, trying to have a natural conversation with a person, soon understood that that is now, with "social media", not humanly possible.

Speaking of which, this bar, quite au natural due to a retro-American hypo-impact processing on the edge of "raw", synonymous with 'adventure' (or just another word for poor planning). Ya know, desire without direction, disjointed; dysfunctional; broken.

Not death by chocolate but suicide with chocolate, hanging on Flavors of rope, sisal, twine. So appropriate because in chocolate-centric Mayan culture, the noose was the only method deemed acceptable & guaranteed anyone who took their own life this way a place in the afterworld. They even had a goddess of the gallows named Ixtab (“Rope Woman”).

Worse, some such bars taste of sheet rock forming a perfect feed for termites or the stuff of Olmecs (considered Theobroma cacao’s 1st cultivators hundred of years before the common era) ready to do battle that comes with a stub for combat pay should you survive.

Incredibly, Szántó Tibor solves the riddle in this technique of the old school tradition & brings palatable flavor in a series of self-soothing profiles.
Appearance   3.7 / 5

Solid Cubano -- nothing too glam or sexed, as expected for this island cacáo, despite garnering a "Great Taste Award" which speaks to a) the paucity of entries &/or b) the pupils on the sensory panel

A pretty stone-cold bar. Nothing like the uber-refinements of Felchlin's Amistad. Appreciated most by the super-dry albino-winos.

Exceptional for the style (hyper-low impact processing) or for any house style for that matter. And no surprise that it hails from The D.R. whose seemingly fortified cacáo stocks match well with Szántó Tibor's approach where, say, Nicaragua's less endowed cacáos stand problematic.