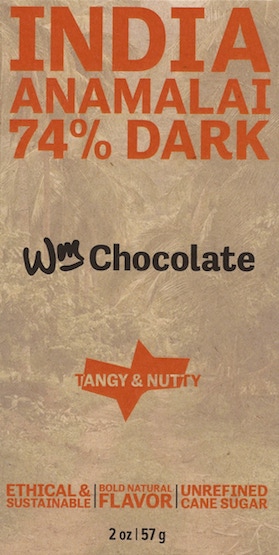 After more than 6,000 indexable pages on the breadth & depth of the subject, what more needs to be said? What more could? Conversely, if it hasn’t been said herein by now, then our bad for wasting time & space. Maybe 80% of the content IS batshit. Hell, maybe 95%! Hopefully 5% or so is worthwhile.

Now for a departure: first-person singular pronouns – I / me / mine / my – are rarely if ever used on this site. Why? Because it’s about something else, something “other” & its implications.

What started out a simple chocolate journal (& remains so in essence) grew into a personal diary, a learning process. Thanks for indulging me.

Some lessons picked up along the way:

1. Look Here, Asshole in the Mirror
After slueing around the music world, I detoured into chocolate. Please, don’t ask ‘how?’. That would force me to bare my dark soul.
In music I hated critics. Miles Davis: ‘shut up & play’. Few critics can.
Music critics tend to be assholes, with exceptions like Lester Bangs & Erik Davis (well, even they too – at times).
So if all critics are assholes & I’m a chocolate critic, by syllogistic logic, that must mean that I’m an…. oh shit, can’t swallow it. Mea culpa, with apologies to all the creative makers on the butt end of this site’s remarks.
Moral of the Story: Don’t be an A-hole. Life free of criticism feels so much… well, freer.

2. Vortex FXs
Funny thing, chocolate once seemed so simple.
A chance encounter with Alessio Tessieri of Amedei set the C-spot® in motion. Amedei then had secured an exclusive on the entire harvest of the Chuao Valley cacáo in Venezuela – which holds the same lofty position in the world of chocolate as the Vatican. True to form, Tessieri pontificated on the lore of “fine chocolate” that caused thought-balloons to pop in my head, “C’mon, dewd, chocolate is effin Halloween candy”.
He gave me a bar of his Amedei Chuao. I ain’t gonna lie about some chocolate epiphany occurring with “The Bar”. Ya know, the one that choc-vets expound on at length that changed or saved their lives. Still, Amedei Chuao served a tractor beam.
Soon I discovered chocolate’s a spiraling vortex… just when you dive in deep & think you’ve hit bottom, the bottom falls out, a gavity well… drops to another plateau that fools of a new bottom, yet that too proves false… just another floor that gives way to caught in the wonders of its ways & drops farther still… a chocolate haze, a brown maze, a chocolate-covered world double-dipped with brown-tinted glasses… & on & on…
Does it / will it ever end? No, because chocolate, like life in general, evolves. Its lure acquires a Michael Corleone syndrome: every time you think you’re out of the business, it sucks you back in.
That’s the power of cacáo.
Other than God & sex (+ maybe music), no force on Earth exerts such a wicked pull. Terrifying.

3. The Pleasure Principle
The Science of Chocolate era represents the 4th Phase of its history in the West (after a) Discovery, b) Industrialization, & c) retro-Craft). Commencing circa 2008 means it is still in its infancy. Whatever it eventually may reveal, in one respect chocolate rivals quantum physics: those who profess, with all the certainty of Schrödinger's cat no less, to understand it, don't. OK, sure, they can enumerate perhaps the innumerable constituent parts & aspects reductio ad absurdum only to miss the gestalt summed up succinctly by the Dean of the Premium Chocolate Scene, viz., Chloé Doutre-Roussel: the pleasure principle. The former engenders a bobblehead on a stomach; the latter enjoin/joyment. The difference between constantly shorting positions versus holding a long one.

4. To Hell in a Handbasket & Back to the Comics Section
In an age of terror, climate change & extreme poverty, chocolate may be God’s extravagance…. in reducing those to the small business of life. The Gospel according to this Mark: the world isn’t going to hell in a handbasket, it’s coming to chocolate.
In Cacáo We Trust. At least that’s the prophecy.
If nothing else, chocolate ranks right up there with the comics section in the paper: sandwiched between tragic ‘if-it-bleeds-it-leads’ headlines & the agony of defeat on the back sports pages (hey, I'm from Cleveland), it helps take the edge off the news.
Yeah, take a timeout & melt away… to stop the world (if only for a stolen moment). Speaking of which…

5. Fool’s Errand within a Faustian Bargain
When the C-spot® began, the known universe of the craft chocolate space formed a constellation you could wrap your mind & tastebuds around. It was quite finite, a manageable, closed circuit.
Today they're coming out of the woodwork from all corners now. Even the most far-flung places. To survey & track it all stacks up a herculean challenge doomed to fail. A fool’s errand within a Faustian bargain. Same holds true for ratings, competitions, awards, certifications, et.al. At best these can approximate, offer a loose guide for navigating the bewildering array of options in the marketplace.
Any who advise otherwise delude themselves, or got hustle for their own aggrandizement.
Best to ignore the noise, stick local, merge with the Slow Food lane, & order an occasional far-off exotic bar online for delivery.

6. More Important than a Cure for Cancer?
Heed the bumper-sticker ‘Save the Earth: It’s the Only Planet with Chocolate’ so that in the words of thinker John F. Walter “what we took from the Indians, we’ll give to the aliens”.
What happens if scientists like Neil deGrasse Tyson encounter extraterrestrial intelligence &, to placate them, have to come up with the Earth’s best? Maybe like chocolate.
The stuff of literature & movies (Contact or E.T. among many) & now the subject of simple math: with over 100 BILLION galaxies, & at least 450 known planets orbiting distant stars, Earth is unlikely to be the only one where life evolves. We may be far from alone. Contact with alien species might pose a threat.
Stephen Hawking warned: “We only have to look at ourselves to see how intelligent life might develop into something we wouldn’t want to meet…. If aliens ever visit us, I think the outcome would be much as when Christopher Columbus first landed in America, which didn’t turn out very well for the Native Americans.”
No, chocolate isn’t a cancer cure… it might be more critical!! And consider if we fail to cure the ills plaguing chocolate – a godsend (almost-)universally loved & of relatively small economies of scale compared to the auto, housing, & financial sectors – what hope do we possibly have for whatever else ails us?

7. Community
With the exception of maybe the Christmas Tree, no other tree on Earth has brought so much joy to the world. Nor as much misery. In its growing zone, harvesting cacáo adds up to a back-breaking bitch. The manufacturing of it an F’in grind. Retail too wrestles with proper storage to guard against meltdown.
The very nature of the trade creates a bi-polar dynamic. In public, smiles; behind closed doors, cut throat.
Not all but more than a few. Especially on the industrial side.

Before setting the heart upon a thing, examine how happy those are who already possess it - Francois de La Rochefoucauld

A salute, therefore, to the new era DIY craft seeking to change the M.O. & make a difference. This small but growing band of guerilla bean-to-barsmiths – a collective of optimists, idealists, romantics, dreamers, visionaries & radicals. Imagineers all who happily pioneer the borders of chocolate.
Kindred spirits to the ethical & social capitalists of chocolate's past -- the Meniers, Cadbury's & Hershey's whose religiosity guided them a century ago.
They tend peacefully to receive & shed light on this dark, shadowy substance in communion with everyone who takes it because, to borrow Emily Dickinson, friends (more so than Chuao, Tranquilidad, Gran Couva, or Nosy Bé) are our estate.
Friends, this site counts many who influence & inform the C-spot’s® reviews.
An incomplete roll:

Yes, because a great bar is a trip in the broadest sense. It takes you places, both outside & in, otherworldly & inter-dimensional. Think hermetics. Hence, John Nanci’s Chocolate Alchemy.

So in keeping with the 1st Law of Chocodynamics, grok the chocolate. Be the chocolate & open your mind to the psycho-geography of the Forest Oracle (the rainforest being cacáo’s aboriginal birthground) intoning its ancient futurism, imparting bio-compounds that charge a synaptic synesthesia. In turn it becomes you.

As our clip of Daily Reviews gradually slowed to weekly, & now a random ‘once in a while’, we’re stepping back -- checking in every now & then via the occasional post. With OCD (Occupational Chocolate Delirium) in re-mission ‘n recovery (maybe that vortex terminates after all), that leaves more time for... hey, 'shut up & play'.

Thanks for your time. Moreover your attention. And above all your support.

And now without further ado, the point of this -- an actual review. On a promising barsmith out the Midwest USA.

For an origin with its fits & starts as it tries to get a foothold in the premium chocolate space, this augurs well for the future. India possesses decent-enough genetic stock & an agricultural tradition that should optimize it. Nowadays with all the trickeration in fermentation, the gene pool matters less anyways.

As for processing, the eponymous Wm Chocolate of William Marx takes a pretty medium-light gauge to it. A reflection perhaps of his own temperament. Given this cacao's overall volatility & brightness, he could assert a little more to balance out the tags &, dare say, add a few more percentage-points of sugar! (The hardcore gasps). That would soak up the acid current & catalyze greater flavor spectrum, more 'ro-cocoa' so to speak. This cacáo clearly has headroom to play with.

A fine intro all the same to this young early-stage barsmith.

The Upanishads, those sacred texts of Hindu India, instruct that one’s deepest desires are their destiny. If chocolate be Wm’s, then some very desirous depths await to be plumbed.