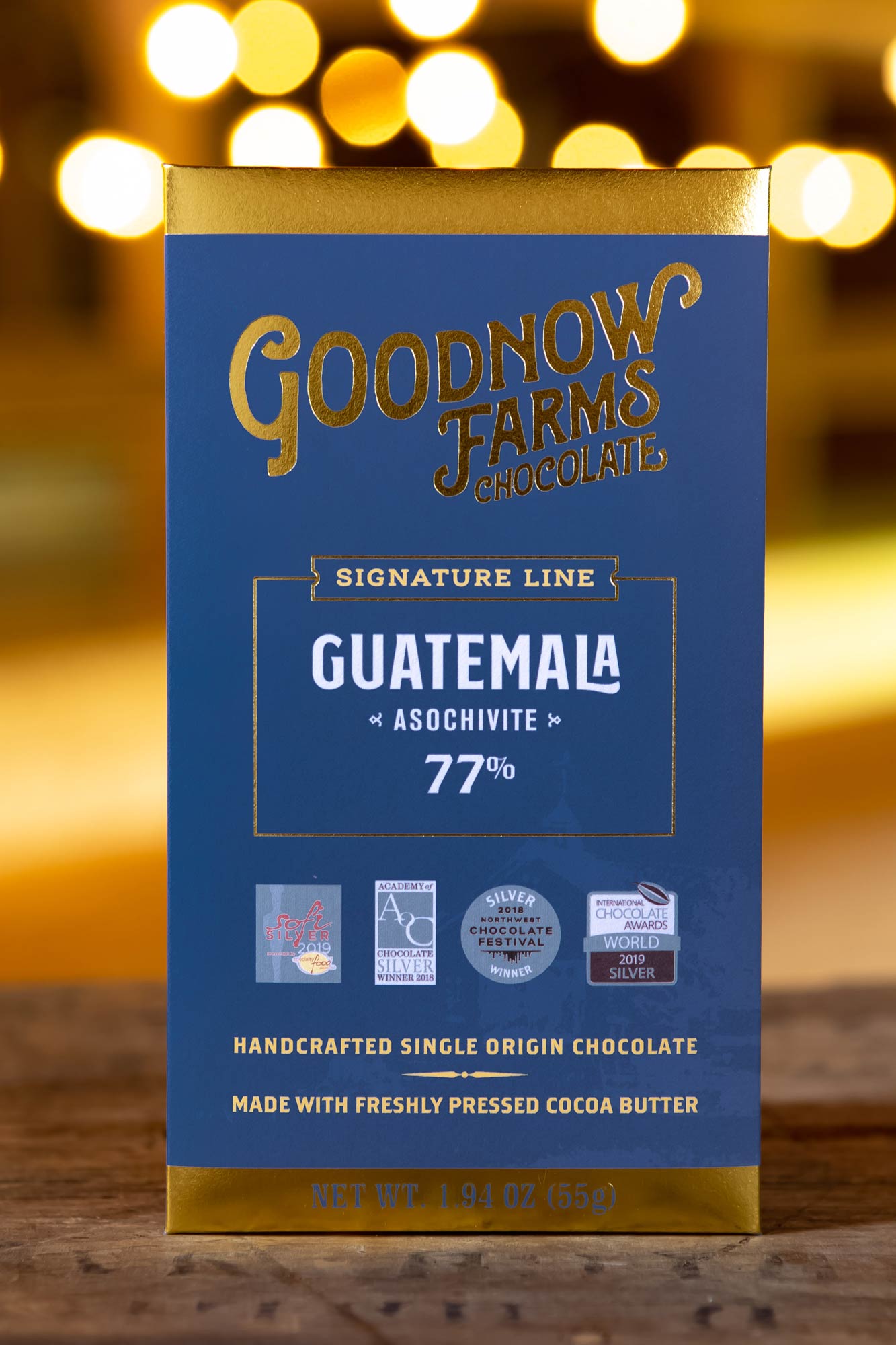 Impact
The only spots where these bars last are on the tongue & in the memory. Other than that, they disappear fast.

(The following is an update on a couple origins from this barsmith. For the previous reviews, see Asochivite here and Esmeraldas here.)

Aroma   8.5 / 10
Asochivite
brews up a veritable pub… poppy-hop as in flower hops for beer + a poppyseed
malted Tang™
curls a chocolate breath over drupe fruit
breadfruit disguised as a wafer
quite sweet for 77% cacáo-content
aerates wondrous melacoton-tabac against a speck of cinnamon

Esmeraldas
blackberry -> plantains & cashews flirt the berry burst toward sapote -> communion wafers -> pre-leavened bread -> cream seam -> chicory -> cocoa malt shake -> clean tannin-dry Crème de Mûre Liqueur finish without any stringent grip
Quality   16.4 / 20
Asochivite
Crafted from UF (United Fruit Company) clones — primarily UF 667 which originated in Costa Rica from Matina, including some genuine Trinitarios imported from Trinidad in 1936 & Nacional Ecuadorians. Hence, that black fruit (moraberry) resembles the blackberry impressions of the fabled Arriba Nac’l in South America. It evidently travels as it presents here.
Additionally, liner notes on the bar wrapper read ‘green banana’, synonym for ‘astringency’, for fermentation issues.
Heavy acidity though none too bracing.
Mostly upper register to the point of almost lacking ballast without ever quite losing it either. In a word, unbalanced. Plus a little too exuberant on its tarts. Which also points to leftover headroom that could sop up more sugar in the vein of a Madagascan cacáo whose sweet-spots often reside in the hi-60s in terms of cacáo-content percentage. Extra sugar here would possibly caramelize some of those dirt fractions to boot, providing more bottom.
Still, pretty well comported for a 77%.

Esmeraldas
Whereas the Asochivite Guat (above) stood to benefit from more sugar caning, this easily could tolerate less. Mild-mannered & reserved — the hallmarks of Esmeraldas province.
And yet the cacáo herein represent the newer hybrids there rather than the classic varietal(s). Nat’l / EET clones 95, 96, 103 with the last (103) one of the prized cultivars in INIAP’s EET series based in the country’s Nac’l genotype. The other two — 95 & 96 — rank as middling fare.
This bar sits so light on the palate it defies “dark” chocolate categorization.
Other than the formulation, GoodNow treats it respectfully / beautifully with a commensurate gentle touch. Elegance in its graciousness which very few cacáos in the world match.
A cross therefore between genes & terrain — the fortified fruit so telling of Nac’l in the DNA while this bar’s benevolence owes much to the land, namely Esmeraldas.