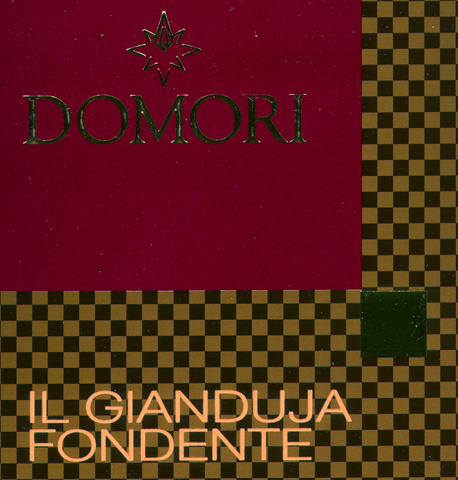 Impact
Descendants of the ancient Marsi inherited the character of those hardy mountain people in Central Italy along Fucine Lake, famed for simple habits & indomitable courage. The cornerstone of the Roman forces, historian Appian of Alexandria said that Rome never triumphed over them nor without them. They were also renowned for their magicians.

Gianluca Franzoni aka ‘Mack Domori’ would fit right into the glorious lineage starting with Angita – their goddess of healing who practiced witchcraft using herbs gathered from the Marsian woods. She could tame evil spirits with incantations or cure snakebites thru touch alone.

The texture on this bar might have the same effect.

And the Flavor? As fertile as the plains now from where the Lake was drained.

The single best Dark Gianduja on the market? Could be.

A classic reinterpreted that goes against the more traditional pairing. More lean than Milk Choc versions seen in Venchi or the towering Bessone but plenty rich enough - especially the Piemonte filberts - & without Milk a far cleaner Flavor as cacáo, even at a meager 38%, can more than holds its own without any dairy obstruction.

Still, contrary to the liner notes, this Gianduja emphasizes components slightly less than the success in joining them together so nicely (once it gets past that sugar-high of an alerting start) so by the time it melts, each moderating the others, with vanilla the quiet force tying it all together whence it becomes hard to separate/differentiate flavors -- & where they come & go. So well syncopated, the flavor eventually balances out so fine, the texture so perfect, the quality of ingredients & craft so stratospheric.

None of the pitfalls to 90% of the Gianduja wannabes: no heavy-handed soy to keep this bound, no clunky melt, no poorly-ground / over-roasted / low-quality hazelnut paste, no separated / rancid oils or tooth-hurting sugars….just a symphonic cadre of chocolate.

But this is a site for chocolate critics so to end on a nitpick: a skooch too heavy on the sugar, would like a stronger vanilla note to bring out the chocolate back &/or increased cacáo-content but, hey, those who can’t be Domori get to kibitz in their reviews.