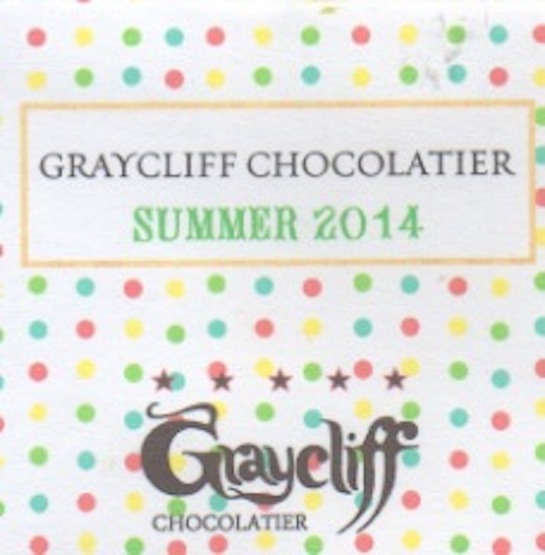 Impact
Boxed chocolate is where cacáo goes on Sunday afternoons.

But, wow, some real down home-cooking with great pop sensibilities.
Selections
Chai Tea -- Milk Choc thru & thru… & as much pumpkin pie as chai; cozy & comforting

Bacon -- a fat pig of a piece with sloppy feet & monster hammy flavor; Graycliff could've spared the swine & just re-melted some PNG Morobe from the likes of Amano, Omnom, Ducasse, or Mast Bros

Mint -- a healthy dose of the herb + the cocoa, each joined in clarity, strength & balance; executed with aplomb

Pistachio -- dressed in White Chocolate; terrific juxtapose even if the White acts rather industrial, the green nut meat lays it out into savory peanut-like territory

Key Lime -- yet another White robe & somewhat pasted with chalk, none of it however stops Graycliff from encapsulating a true infusion of this piece's namesake; easy