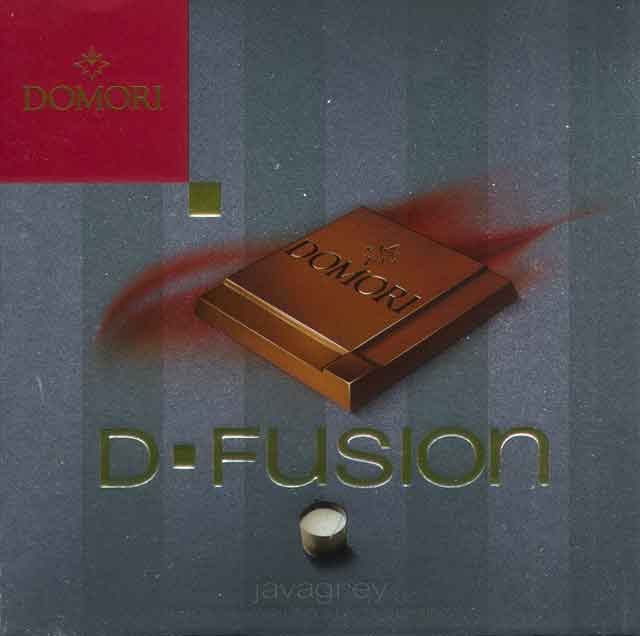 Impact
Notable author / James Beard Award-winner Betty Fussell (Eating In, Home Bistro, My Kitchen Wars, Slice of Life &, of course, her Story of Corn) enjoys a privileged seat at the world’s dinner table to observe that people eat with their head first, then their heart, & finally the stomach. Mack Domori knows this, feels this & hungers for it because this bar sounds simple enough – a Milk Chocolate to harken back to childhood memories but tastes as rare as the Java volcanoes & European Alps that meet-up in this cacáo-cow bar.

Spin-babble copy on the box makes a seasoned Chocomane suspicious. Too much pat-on-the-back verbiage = total BS... most of the time. 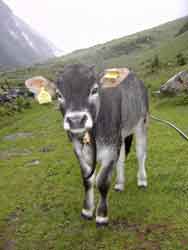 Marries that drunk Javablond bimbo to a Tyrolese grey heifer – the Grauvieh, a dual purpose ‘milk ‘n beef’ cow. More akin to pets than cattle, the ‘grey ones’, as they’re affectionately called, stand lightweight with hard claws. Perfect locomotors for ambling & grazing solely off the grassy mountainsides which they’ve done for 3,000 years in Tyrol, home to wine, apples, milk & the craggy Dolomites – those Grand Tetons of the Alps & a dream launch pad for base-jumpers’ everywhere.

So many layers of scent/flavors (not to mention Texture) wafting in & out like tripping on the best s’rooms imaginable.

This deep (in a quiet way), rounded, well-roasted & conched beauty has enough supremely-crafted chocolate to keep but the most recalcitrant, die-hard Dark-Sider happy while spurting a wet dream for any Milkie. And varietal-snobs will kowtow to this deity.

Many lacto-philes / turnophiles (that’s right, chocophiles... you’re not alone; there are other philiacs out there) cite Grey Cows’ exceptional fat to protein ratio (gram-for-gram almost 1 to 1). In keeping with these cows’ character, very tolerant of even Javablond’s dirty citrus. All the butter fat just tenderizes it into citric scrub found only at the edges.

No wax-back that plagues high-percentage milks. Even the after taste - we’re talking 10 minutes, folks, from here to infinity & beyond - is clean & lingering.

Where Bonnat’s Javanese Milk Trinity (Asfarth / Java / Surabaya) offers varying degrees of robust & rustic, this comes in hushed & whispering tones, more akin to Amano’s Jembrana Milk (sourced from nearby Bali) except without the broader if super-subtle range of Jembrana.

The balance here tilts decidedly on the side of dairy producing this rather chocolate-milk instead of the other way around. The cacáo-content feels light for 45% because butter greases the skids & holds most of the carrying weight, so the disproportionately low cocoa mass merely influences the dairy, which it gracefully escorts while steering clear of the adipose Valrhona Jivara or Choklat’s gutless butterbars.