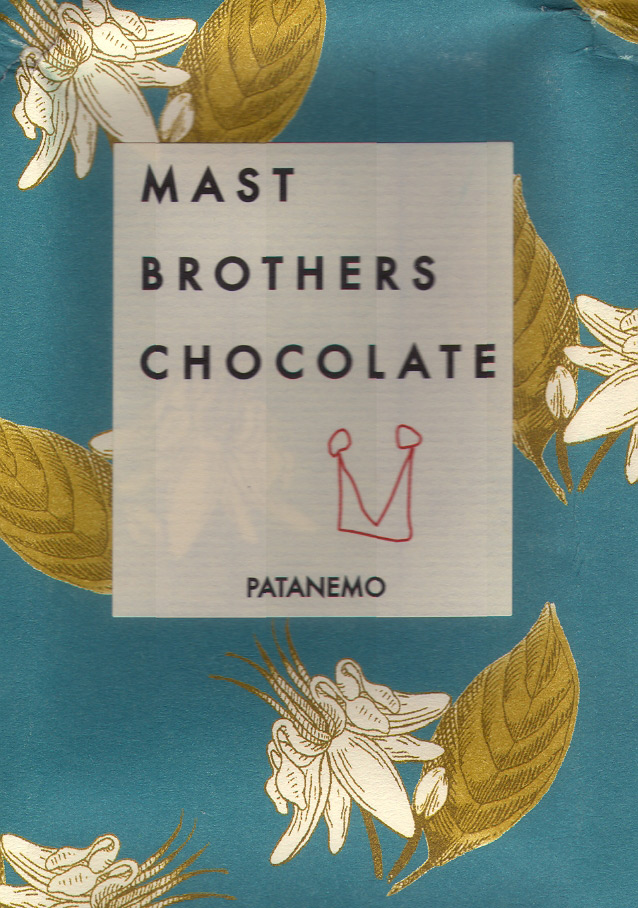 Impact
The Mast Bros vibe with a certain raditude hanging in the Federally-occupied zone of Brooklyn USA, in a spot called Williamsburg... just a few ‘hoods away from Spike Lee’s Bed-Stuy 4-Acres-&-a-Mule joint. A deceptively lazy operation tucked amidst the unassuming but posh-shops of North 3rd Street. Congruent if not exactly like a Venzy neighborhood known around Caracas as 23 de Enero, a barrio whose name refers to January 23, 1958 -- the date that commemorates the toppling of military dictator Marcos Perez Jimenez.

UC Berkeley’s Ciccariello-Maher calls 23 de Enero a bastion of “alternative sovereignty” beyond the control of the state. “The neighborhood & movements it nurtures represent both the laboratory & spearhead of the Bolivarian Revolution ... It is in 23 de Enero that the most radical forces are located.” show more »show less «

In a recent visit by Pascal Fletcher, neither ideological nor productive fervor were much in vogue at the Cacique Tiuna Commune, which boasts a plastics plant, a vegetable garden, carpentry workshop & nursery.

The plastics plant was idled, the irrigated garden awaited “refinancing” to even start up, & inside the carpentry shop maybe a handful loitered about.

“The Comandante (Chavez) wants this to be a showcase community,” says Yamilet Ramirez, the Commune’s spokesperson. “The idea is that it should be self-supporting.”

But people seem... well, apathetic. Alexis Valdiviezo, head of the carpentry division “they don’t want to participate, I don’t know why. It’s for them.”

“We like it, of course... this benefits all the people,” smiles Ines Herrera, a janitor at the primary school. “There is a bit of apathy, but that’s normal”.

Nearby, a group of former paratroopers who joined a failed coup d’etat by then-general Hugo Chavez in 1992 have organized a “revolutionary car wash” shadowed by a huge mural of a guerrilla fighter. Ask if they pimp your ride for the cost of a manicure. New rims, whitewalls, grill, engine block, interior leather hide / wood paneling, bar & sound system, smoked glass, plus toss in a whole kit of hot wax? Maybe parts only, labor excluded.

Tropical socialism: no work rules, just govt subsidies. A brilliant Machiavellian strategy to foster a permanent majority based on dependency that, in turn, can be counted on to vote for more? Or economic justice to turn the tides of history in favor of the dispossessed? Sentiment versus insight?

Comandante Hugo should consider a revisionist history on Socialist Jesus’ parable lest the barrio morphs into Chicago-style housing projects that put the disadvantaged in one spot as crime, drugs & poverty magnets (blow billions of dollars to create a big problem only to blow billions more to relocate them after the facilities have been thoroughly trashed): Give a man a bar of chocolate & he enjoys for a day; teach him to grow cacáo & he enjoys for a lifetime.

Maybe that too sounds too good to be true & better than reality. (Yeah, so Jesus never ventured to the Americas to taste chocolate unless, of course, you believe with LDS Mormons that the Christ is also a New World hologram.)

OK, first the man needs land, & seeds, then water &, of course, hope. If any still exist... or has it all been contaminated & depleted by the big oil rigs pumping thru Venezuela’s system like heroin-enriched blood transfusions thru Keith Richards’?

Gone? And with it Niebuhr’s free-associations of people?

Checkered reports put the cacáo groves there as anywhere from ‘in-a-state-of-decline’ to ‘holding-their-own’.

All part & parcel to getting the capitalism / communalism mix right.

Meanwhile, the Masts are still workin’ it. And that's a good thing, especially in NYC where it seems nobody works & everyone schemes.
Appearance   3.7 / 5

Aroma   7.9 / 10
sounds unappetizing but nicely rhymes together: shellaced wood-plaque in a jute sack tied by leather straps -> dooky + sour milk at the bottom -> sends up spices ‘n herbs along the breakwall -> bubble-butter yum w/ only a side glance of cocoa
Mouthfeel   12.6 / 15
Flavor   46.8 / 50
chocolate bang w/ cinnamon shadowing the entire length -> dissipates cocoa-powdered macadamias & settles into a cream faction w/ under-riding bitter from some palm nuts in potted soil -> rich savored compound (wood [Albizea saman] / mushroom [black truffle] / fruit [abiu]) -> light braziered brownie-fudge mix w/ almond -> goes down chocolate-flavored soft serve
Quality   17.4 / 20
Masts going Rogue / Zotter-like – off the grid. Sourced from 3 old farms in Patanemo, the most western of Venezuela’s famed northern coastal valleys (Chuao, Choroni, Cuyagua, et. al.) under the influence of Puerto Cabello before the topography shifts toward the Lake Maracaibo region still farther to the west. An area that shapes up as the Wisconsin or Vermont of cacáo – a dairyland of analogue flavors. Throw in some characteristic nut-notes & this reflects Cabello’s reputation of an ice-cream cone dipped in chopped-nuts.

Also 3 distinct peaks (beginning, middle & end) & in between each a little bit melancholic overall; not depressed per se, just worrisome & dejected, the life force dimmed into meekness & humbled. None of the flounce of Bonnat’s lighter 75% from the same general area. In character with the Mast Bros themselves: unflappable if unexcitable too. But what peaks. And all’s well by the finish line as it confidently wraps on that soft-whipped ice cream. Similarly the Texture, which miraculously self-corrects & swells to an addled lecithin-dimension - though without any added emulsifier - as cacáo’s natural fat packs on the pounds.

Yet one of the leanest Mast’s to date, without any makeup, just cocoa & sugar. The profile partially developed in a DeVriesian mode via aging (for a few weeks to a couple months, plus whatever duration it sits on the store shelf) & the balance during a 5 or so day ferment then touching it fairly hot on the roast.

The Bros pitch this at just about the right percentage. Any higher would threaten the even-calm, & potentially unhinge the inherent bitterness lurking about, to sink this into the abyss.

A welcome member of the 80% class.