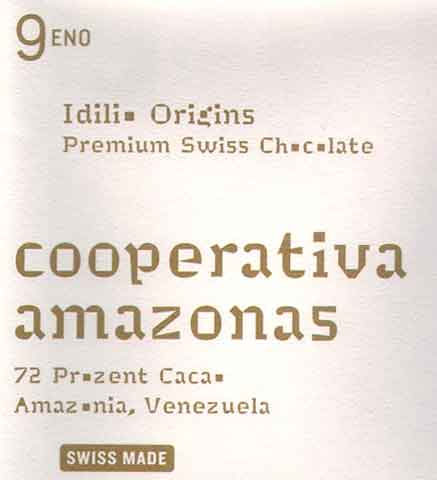 Impact
November 1909... Joshua Slocum, first man to circumnavigate the globe solo in his trusty yawl called Spray, set sail again for what would be his last adventure - sailing up the Orinoco River. He was never heard from again, believed lost at sea before ever reaching the mouth of the river.

Unbelievable at the time for those who knew Slocum & the Spray thought it inconceivable that a sailor so experienced & a craft so sound could meet such a fate.

Maybe hubris capsized him in line with George Eliot’s ‘we’re all apt to believe what the world believes about us’. Or maybe he drifted away from civilization to live on... in the wilds of South America where the seeds in this bar - known by deep insiders as the hybrid Playa Alta, translated "high-beach" - grow & mature into simple but profound chocolate.
Appearance   4.5 / 5

Fools of classic Earth chocolate out of Africa, only finer, more pure & true. Super hi-def CQ (Chocolate Quotient free of any under / over tones) right in the crosshairs. This is your great-grandparents’ chocolate & what your great-grandchildren will possibly only hear of after cacáo becomes extinct. Like describing a triangle to the blind, “it tasted like... well, like chocolate”.

Difficult to know what, if any, custom detailing Idilio / Felchlin provided other than to determine the G-forces to slam this bar home (jolting vs. gargantuan). They reached the proverbial fork & took the middle course.

Apparent, however, in Idilio’s suite of hybrids (Choc/Nib combos found in Ocumare; Merideña, Urrutia & this one here) is the relative degree of calibration at variance from their plain bars without Nibs of the same origin. Where expectations are to merely use the regular bar for a base to just add Nibs, Idilio instead re-formulates, re-adjusts, & re-works the settings.

All the effort comes off a natural.