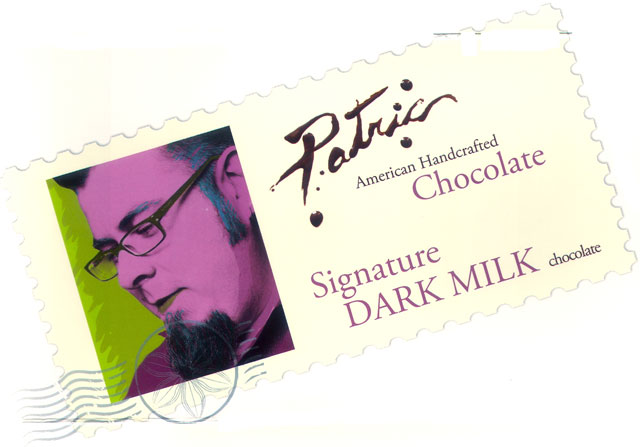 Impact
Introducing a bromancer -- the chocolate equivalent to a coffee cupper / barista or a wine sommelier; stemming from Theobroma cacáo, the tree from whose seeds all chocolate derives. Connotes desire for cacáo (transcendent from the street use of 'bromance' or unusual closeness between hetero-males); the magic of transmuting it in the interaction with the senses; & conjures up a well of transgression (as did the ur-cyberpunk novel by William Gibson which riffed off 'romancing the stone'). In other words, a supremely knowledgeable friend-of-chocolate.

This bromancer recently removed all Patric bars from the shelves of an exclusive urban boutique, bitching, “Just sick & tired of his fugly staring at me all day. No mas; ain’t gonna have him.”

Yeah, you’re in business to sell. And in modern branding & marketing, packaging holds a privileged, dare say, primacy. Still, what’s inside the package counts most, no? Did they stop teaching MLK’s Dream Speech in school? Especially the passage about the content of one’s character? King, ever the preacher, understood that this is older than the Old Testament: Don't consider the appearance or the height... People judge others by what they look like, but God only by what is in someone's figurative heart. (1 Samuel 16:7)

And look at you, mother-F’er... doo rag + reverse cap & baggies slidin' half-way down yo ass crack. An Indy teacher named Mr. Hicks instructs if you were behind bars instead of selling bars, the other inmates would think you look like you’re asking for a date. (Starts pulling up trousers quickly.) Damn, my mother lets me leave the house looking like that, I’d slap her good.

Seriously, my brother-from-another-mother, you wanna stand against The Man, drop those butt-huggers & go buck-naked. Fully expose the junk even if it’s stuck up your trunk (in a reverse-twist of the proverbial tail-between-the-legs position) & walk this way. A straight statement that w’all return to Eden where cacáo originally flourished in losing them strait-jackets called business suits & pantsuits toward a post-industrial paradise. 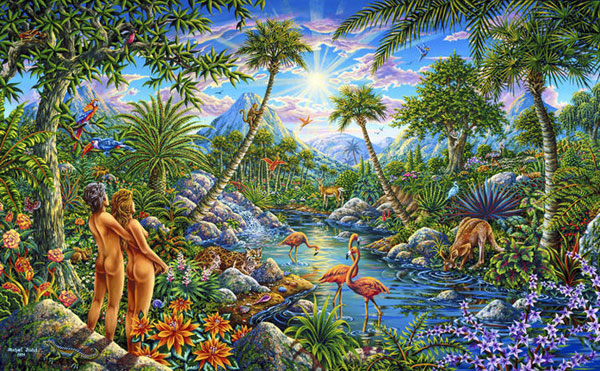 Based on the same bean combo as Patric’s 70% Blend but apparently shifts the proportions away from the fruited acids of Sambirano Valley (possibly to avoid any obvious parallels to Cluizel’s Mangaro Lait or Soma’s Madagascar Milk -- both substantially lighter) & toward the Earthen varietals. Either that or the relatively high milk content (~25+%) mutes the volatiles.

Overall, the plodding nature, exacerbated by the reduction of the upper register, places a drag on this bar, both in terms of the palate & ratings. But only so far. Make no mistake, what it robs in scale & range it compensates for with depth.

Milk fans will suck up to the pacifier mouthfeel to shut them up even while they gag on its intensity. The Dark hardcore should appreciate its sheer muscle ripping away the fruit tarts in the 70% to make them think twice before spitting. As such, it falls short of an ideal compromise between the two camps.

On its own merits, however, it pummels the senses with a force similar to Hotel Chocolat’s DM-62 or, even bigger, Lattenero 70 by Slitti. This goes about its business more meticulously than either of those... so much so that by the end it elicits reactions, thanks to those delayed umami effects, to wanting to swallow -- irregardless of prejudice – in the very dynamic that Willie’s 72% demands taking it all in & down in an involuntary gulp.

FWIW, the common link connecting them: Rio Caribe... along the river where humbled cacáos borne with chocolate dreams go to revive.