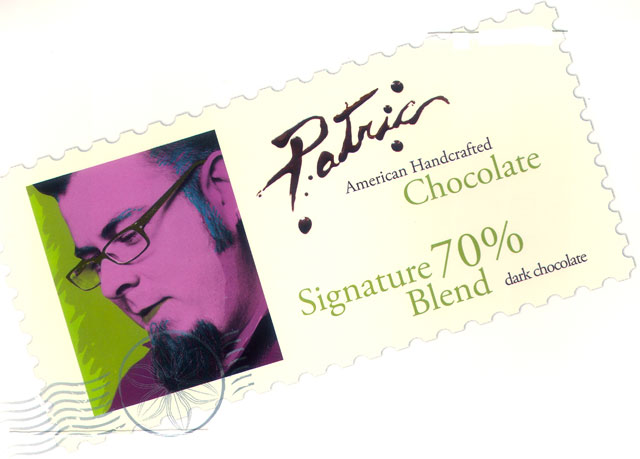 Impact
The definition of a Chocolate Meltdown™. As crystals in this 4-bean blend lose their structural integrity, the ensuing instabilty releases manifold chemical compounds once contained to nucleate a virtual full-body bender.

Alan McClure revives the art of blending, where talent & peripheral vision are further tested, which has been largely lost in the mad market rush to the single-origins dominating new era chcolate for the past decade.

Imagine a world with only Black & White TV & photographs. Or museums filled solely with pencil drawings. Beautiful in their own way, just bereft of full spectrum color.

This bar is almost that in fact. The black fruits recall Zokoko’s Tranquilidad except this lifts with more levity & contrast from the citrus & the creams which enlighten the progression. It finishes however with a brush stroke of red that swipes a lite welcome grip of astringency. And then those golden hues from the nuts in the afterglow to suggest Venzy’s famed western valleys, or perhaps slightly inland toward Patanemo. McClure keeps quiet on that, as his wont to always play it close to the vest. Which means a couple new origin releases are probably in store, tossed into the mix here though, until he dials them just right on their own.

Superb control, no flash mobs or pandemonium, attributable in part to a streamlined nature compared to more massively complexed blends of 9 beans or more, & also because McClure roasts up compared to his American peers. And as ever with this label, phenomenal clarity to the flavor definition.

In league with Domori, nobody goes to further lengths to get a read on cacáo seeds. Both are mentalists that way.

An intelligent blend to re-assert Patric’s position as among the most assiduous barsmiths on the scene today.

Moreover, its landmark quality heralds that the New World is ready to rival Europe for supremacy in the quest to return chocolate to elevated heights in its birthplace.