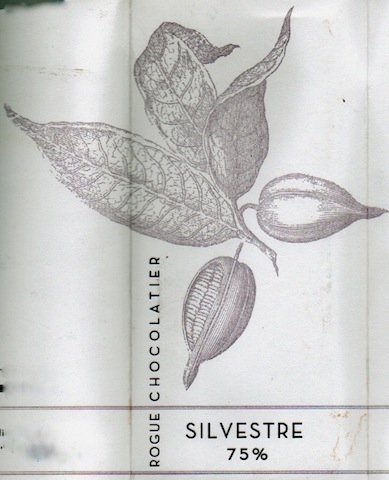 Wild seeds from the same country where Ché met his destiny -- the Bolivia highlands.

To listen to Colin Gasko of Rogue Chocolate talk about exogenous PPO (polyphenol oxidase) in the fermentation-drying cycle speaks to the obsession with which he & his comrades in the new American chocolate scene are tackling the premium niche.

If Europeans fueled the craft movement for the last half of the 20th century -- starting with Bernachon thru to Domori, Coppeneuer & others -- the energies have clearly shifted back to chocolate's birthplace in the New World during this millennium.

Micro-processors in the USA are coming out of the woodwork, the garages, & the basement studios across the land.

This bar should have the vanguard screaming... be they screams of joy or terror. 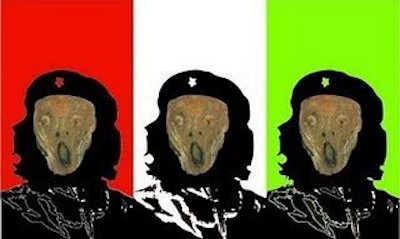 The result is a higher degree of precision & definition. About the most evenly roasted of Rogue's bars to date.

Despite the breadfruit, nowhere nearly as leavened as other Bolivians (Zokoko's Tranquilidad or Felchlin's Cru Sauvage). Those hover around the Semi-Dark category. At 75% this weighs in heavier & more muscular (no added butter accentuates its structure).

Of all the exceptional Benianos to hit the market, this most closely identifies with Oialla. Though somewhat less dense & of lesser depth, it nonetheless shares those traits.

Moreover, Silvestre feels tight & wound-up (deeply conched in Taste & Texture); expressive yet quietly modest with an interior strength to belie the surface impressions. So squeezed as a Bach invention that only a couple of notes rearranged in the score could easily cause it all to go off kilter, wobble & spell collapse.

Perhaps because of that fact Rogue has been tweeting all over social media to attract a cult following that tracks its every latest batch. A shrewd marketing device to stretch the label's rather limited line-up. (NOTE: this review pertains to Batch 1; as of February 2011, Batch 3 was dropped to retailers.)

And that's the beauty of it: chaos underlying order.

Or is it the other way around?

Either way, Rogue's Silvestre re-assures that there's nothing entirely safe about cacáo in the wild.