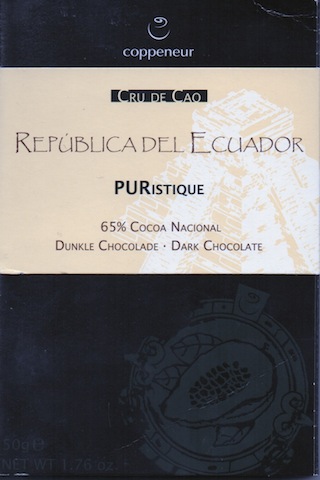 Impact
So, a year on since director of sourcing & quality management Georg Bernardini left Coppeneur. Time to check in to see how the company emerges from his shadow & fares without him.

More than just Domori elected to downsize & streamline its catalog in 2012. Coppeneur follows suit. Gone are sundry origins & several upper-percentage bars, replaced by more accessible offerings for a wider market. Will this be a trend the world over? Certainly the vibrant American market defies any such curbing of the purist's appetite &, if Zotter is any indication, so too at least some European barsmiths.

As for Coppeneur -- a label that vaulted to the stratospheric heights around 2008/09 on the strength of due diligence, select sourcing & that German art of engineering which tallied close to a dozen masterpieces in its collection combining intensity with finesse of flavor -- the move marks a retrenchment of sorts. A re-positioning in the marketplace & a shift away from an obsessive, even maniacal, attention to detail in the pursuit of sensory peaks to one that now pays more mind to the business & the bottom line.

Such is often the story, whether in chocolate, art or life. Scharffen Berger, for instance, underwent a less grand evolution (because its portfolio carried nowhere near the gems of Coppeneur's). Just as Julian Schnabel's "plate paintings" broke thru & gave way to other visual interests (film primarily), a barsmith may be able to fixate for only 18 months or a couple years at a certain peak level before drawn into different areas that consume their time & energy.

While sad but true that the great ones come & go, be glad they came into existence at all. Catch them on the rise, stay with them at their best, & harbor some gratitude should any fall from ultimate grace in creating chocolate nirvana for humble mortal tongues.

That said & with all due respect, this bar reflects les da machete en peso y precio ('cuts down the price & plays with the weight') so prevalent around South and Central America. A chocolate with all the hallmarks in which middlemen extract profits out of the negotiating price & discount weight to remain profitable. 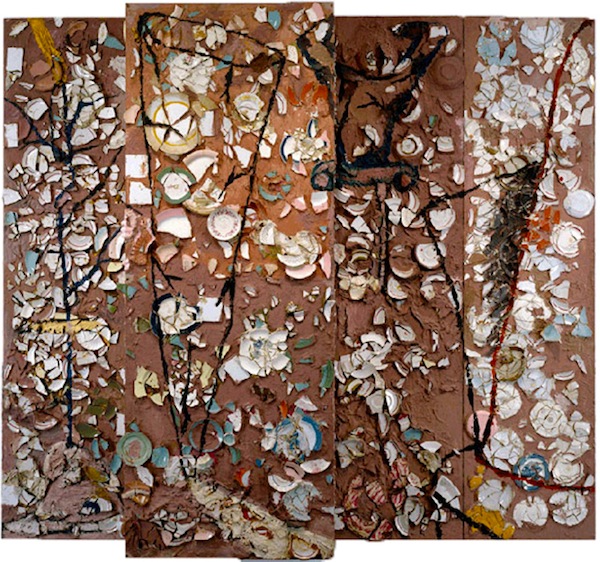 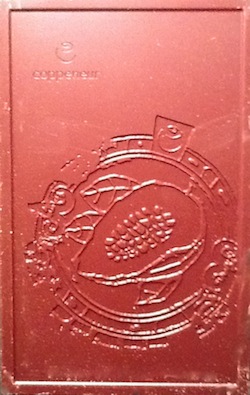 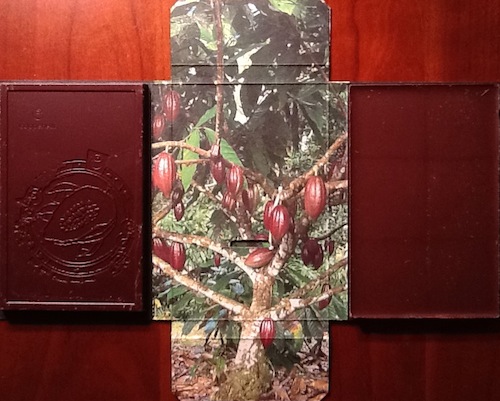 The Recto-Verso of Coppeneur's Républica Triptych
Quality   14.2 / 20
Neither florid nor floral as many Ecuadors are wont & a major drop off from the Aroma to the Flavor.

No dynamics whatsoever; the high & low notes utterly missing. Basically a flatline chocolate of staple quality. Where are the flowers, the sharp tannins, the body that made Ecuador's Arriba Nacional renowned?

So much Naked profile here to taste of a poor & cheap substitute for Lago Maracaibo cacáos in Venezuela (Porcelana, for example); seemingly if not actually vandalized with sugar, cream & cocoa powder. The last, grim shades of what Alice (whatever happened to her?) perpetrated against Cru Sauvage.

That indeed might be a clue to explain the name of this bar: could Coppeneur just be re-labeling or sharing sources at the very least with República del Cacao, shifting the accent over a little bit with more sweetener to generate a market friendly flavor?

Altogether it signals both a change for Coppeneur as well as how far Ecuador cacáo has fallen from its former glories that it needs bandages & crutches. They cover over the terra to obviate the need for any vanilla. 'Pur' in Coppeneur's vernacular now means 2-to-1 (2 parts cocoa to 1 part sugar; click on bar image to the upper right) where in the halcyon days it equaled 100% cocoa mass -- as in Iara Pur.

Alas, the cacáo trees on Iara Estate exist no more. Locals cut them all down & planted palms for oil instead. An alarming development really, for if the opportunity costs are such that a prime property in the tropics with a willing & benevolent European client can't make it, then what hope is there for "fine chocolate" generally?

Likewise, Coppeneur has diluted-down a bar & a brand to standardized taste for the masses. So common that it should sell well.

Maybe profitable as a wise business decision; certainly gutless as a chocolate.